Moving to a new city, let alone a brand new state, can be a harrowing task to say the least.  A move of any magnitude is a great time to spring clean the mind, but when you’re adjusting to an entirely different location I think it’s important that you take up some hobbies, both new and old, to ease yourself into your new environment while it becomes your new home.  Your old hobbies will get you back to basics, back to the core of you – it’ll remind you that home is and always will be in the sacrament of the mind and the spirit of the soul; while your new hobbies will transform your mental state into being present, letting go of the past and who you used to be in order to become who you need to be, who you desire to be.   My hobbies back in Los Angeles which are currently filed as ‘something old‘ include writing, sketching, photography, and beadwork; essentially home-based creative activities I could file under “things to do with my hands when bored”.

Post-move, I’ve realized I’m not in Kansas anymore…er…rather, California anymore; I’ve gone from enjoying a keen understanding of the geography, topography and landscape of world around me to having a childlike sense of wonder and amazement about this new natural world around me, and suffice it to say – there’s simply so much to learn about, from nature photography on any of the hundreds of local hikes, to hunting for rare minerals, geocaching and my newest favorite – foraging for fungi.

As you learn to leave and let go of unnecessary mental connections to where you were,  you begin to forge new networks, shedding pieces of the life you once had to create yourself anew – mushrooms are very similar; with growth as their only form of mobility, fungi straddle the perpetual edge of life and death, not to mention animal and plant, all the while communicating as one in the  mycelial network.  Ranging from neutrally colored and more natural, to delightfully vibrant and oddly formed, Fungi are the primary decomposers of earth’s ecosystem, and a wild menagerie of them at that!

Many have medicinal qualities, which indigenous tribes historically as well as presently still use for a variety of treatments. Some boost the immune system, while others increase levels of antioxidants, or destroy abnormal cells; some stimulate the libido or assist in nerve regeneration, while others open the mind and aid in treating depression and anxiety. Some have magical qualities, featuring various doses of psychedelic psilocybin, boasting immense psychological benefits which are finally being taken seriously by the FDA.

These types of mushrooms are championed by the likes of Terence McKenna, infamously quotable ethnobotanist who gave us the ‘Stoned Ape Theory‘, internationally renowned mycologist Paul Stamets and the indelible Joe Rogan.

For anyone that’s watched the latest Star Trek Discovery series, you might note that their chief medical engineer shares the same name as well as the same mycelial ideologies of the earthborn Paul Stamets, and follows his book Mycelium Running very closely; anyways – the trekkie in me digresses. Last but certainly not least – a small handful are incredibly toxic, deadly toxic if you will, with several mimicking their benign cousins.  This makes it  incredibly important that you do your due diligence when researching, and save snagging them for your meals until you have a keen understanding of harmful versus helpful mushrooms.

“Mushrooms are a natural source of energy, immunity, and longevity that’s been studied for centuries. They are so great, that they’ve even earned the title of ‘superfood’.”

They’re not animals and they’re not vegetation – so what exactly are fungi?  Fungi can then be separated into three distinct groups based on how they get their nutrients.  Mycorrhizal Fungi, which are symbiotic fungi, live in harmony with the plants around them.  On the other hand, Saprophytic Fungi live on dead organic matter instead of assisting in its decay. Finally, Parasitic Fungi are the cause of vegetative decay, as well as the recipients of all the nutrients. Mushrooms are considered the fruiting body of a variety of fungi, other types of fruits are algae and molds – but for the most part, fungi exists at a microscopic level that goes unseen to the human eye.  Fungi are used as antibiotics, to ferment food and alcohol, and even as detergent; you might be surprised at how many everyday items you use that have been treated with some form of fungus.

“Nature alone is antique, and the oldest art a mushroom.”

So, how about mushrooms? As the spore bearing, fruiting fungus body – mushrooms occur in technicolor and can take a menagerie of different shapes.  Young mushrooms, often referred to as buttons, are primarily a cap and a preformed stalk under a universal veil.  Over time, the cap will expand in an umbrella like fashion with either spores, gills, teeth or veins to show for its work while the stalk simultaneously gets longer. Some mushrooms have a cup at the base of the stalk which is often deep in the dirt – so when foraging, remember: dig, don’t pick!

If you weren’t already sold on mushrooms, here’s a few facts that make them even more amazing to me.

So, now that you’re more up on your mushroom game – let’s talk about the best tips and tricks for finding those fungi and hunting down some of the coolest creatures on our planet.  The best thing about this type of hunt? No weapons necessary – just some keenly attuned eyes and your roaming feet.

When you find your magical, mystical mushrooms – document that sucker! Take a few photos that accentuate the colors of the top, the bottom of the cap – to see what types of gill or pore the fungi boasts, and the stalk of the mushroom – then step back and get a photo of the scenery; if your phone doesn’t geocache your location for each image, or you don’t want it to – trust me I get it,  drop a pin in your map application with a note about what you found so you can come back and see how it’s grown.

I can’t stress this point enough: even though many fungi are fun to spore on paper and there are a good amount that are both edible and tasty, like I mentioned earlier –  be very wary! Collect what you will and document it all, but not just are some fatally toxic, but others will give you awful indigestion and a good amount simply taste downright awful and you won’t want anything to do with them post-pick or post-pic.

As this is the modern age and it’s a bit untoward to carry around dozens of nuanced encyclopedias – I’m accumulated a list of amazing smart phone apps to try while on the go.  Most seem to be bi-phonal, but I’ll make a note when certain ones are unavailable to either vertical.

One things for sure, if foraging for fungi is fun alone – imagine how great it could be with the right company! From Facebook groups devoted to the Pacific Northwest to National groups, here’s some of my personal favorites.

What are some of the best tips and tricks you’ve learned for fungi foraging? Let me know in the comments below!

Moving to Corvallis after living in California for the last thirty odd years, there’s a lot of change to wrap my head around, ranging from the menial and small to mind boggling large.  I know that I shouldn’t compare Apples to Oranges, but when all you’ve known are apples – when you find an orange, it’s like OH MY GOD, THAT’S ORANGE?! Corvallis is like continually discovering that there were other fruits in the world when all I wanted to look for where Apples.

There are more farms and less people, more seasons and less oppressive heat all the time, more clouds and rain and less sun, more rural roads and less highways, a heightened sense of calm versus a continual sense of anxiety, the list could go on and on,

If you think the colors of Autumn are astounding, have you even seen the colors at the local farmer’s market?? Sure, there are Farmer’s Markets everywhere, and I don’t mean to diminish your personal experience, but the variety and vivacity of the fruits, vegetables, dairy and locally grown meat you can find here are simply out of this world. 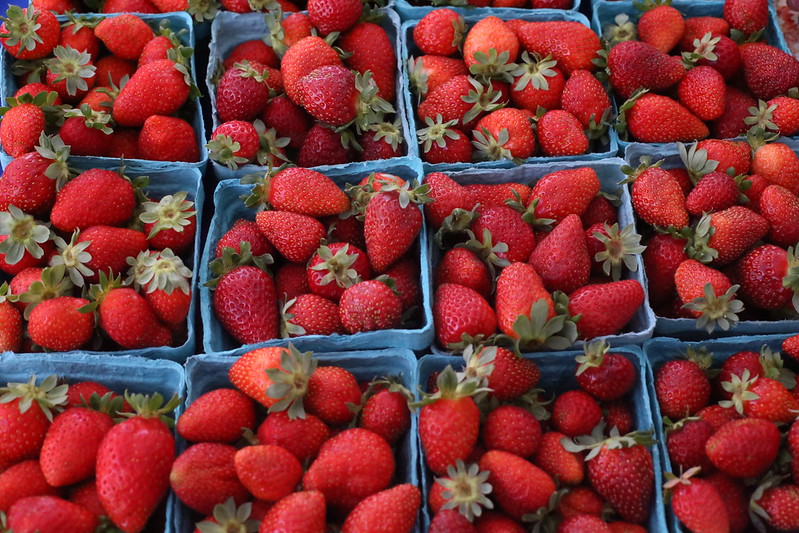 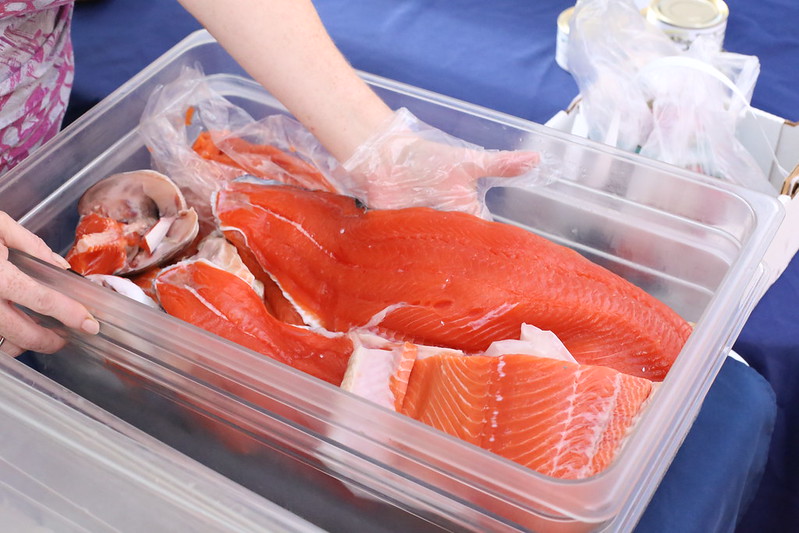 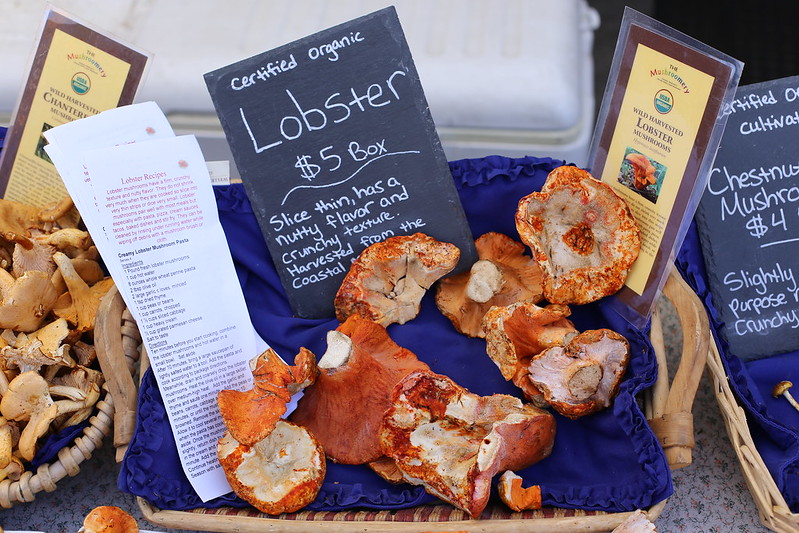 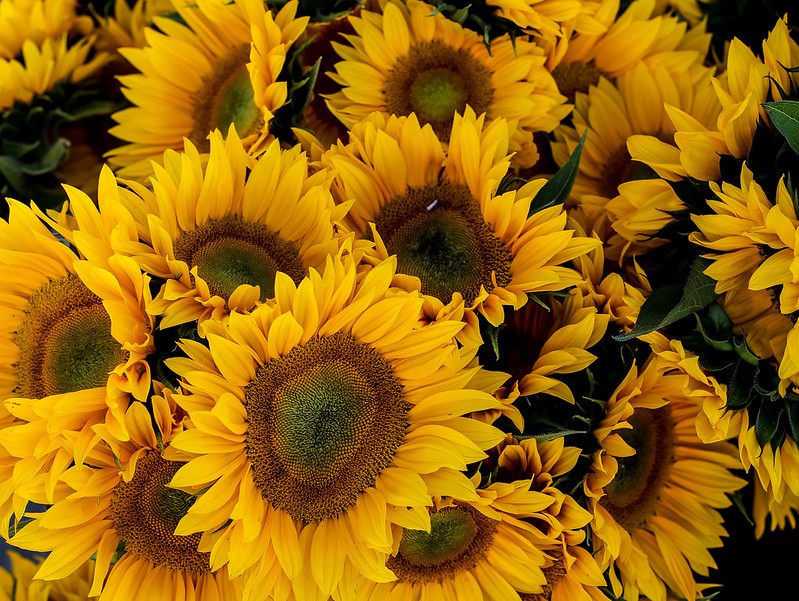 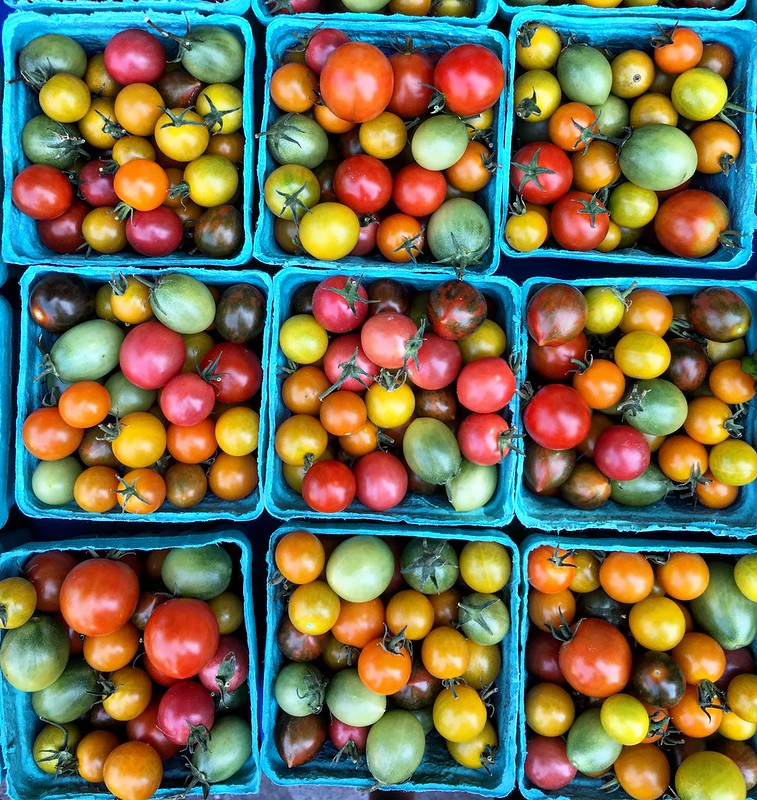 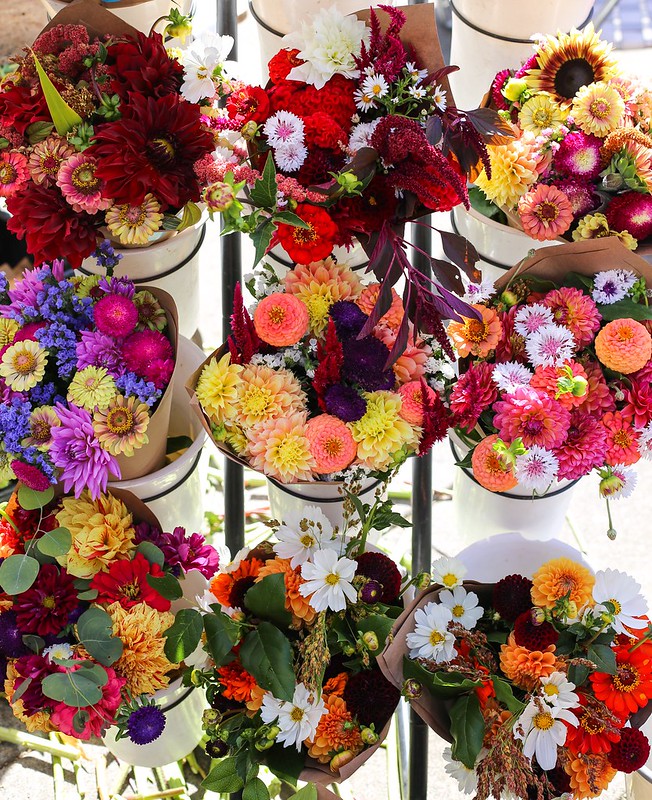 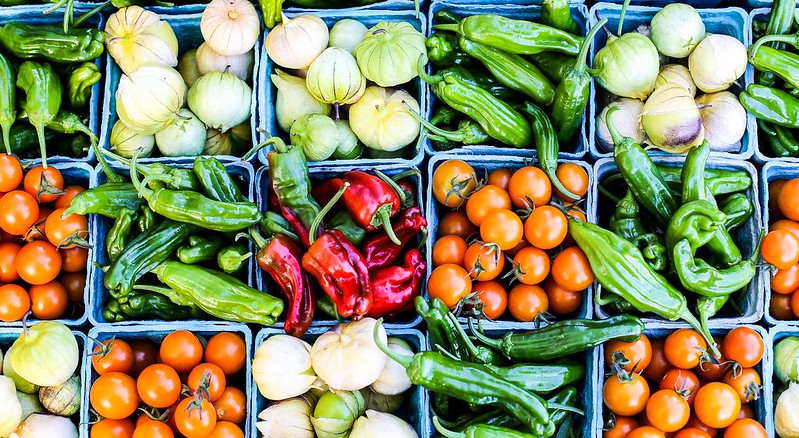 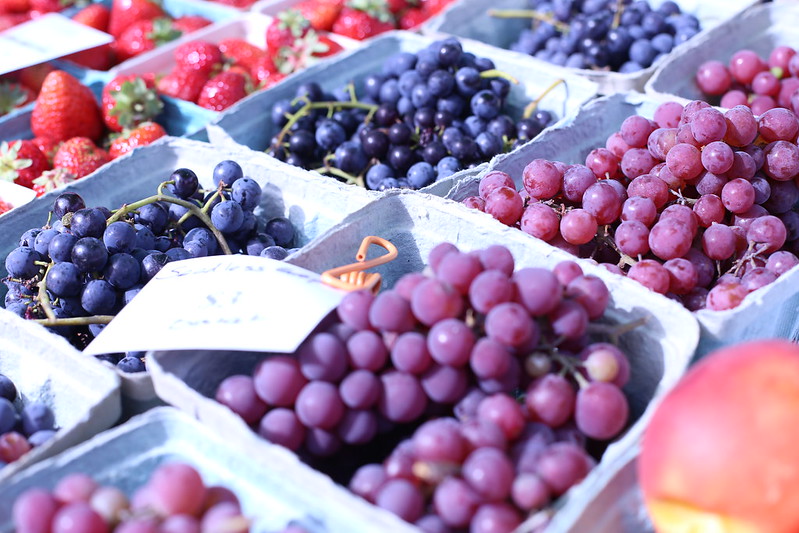 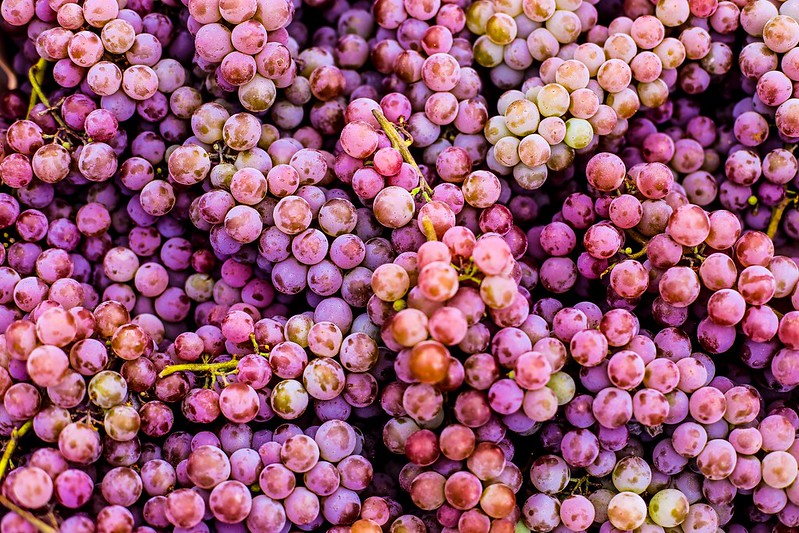 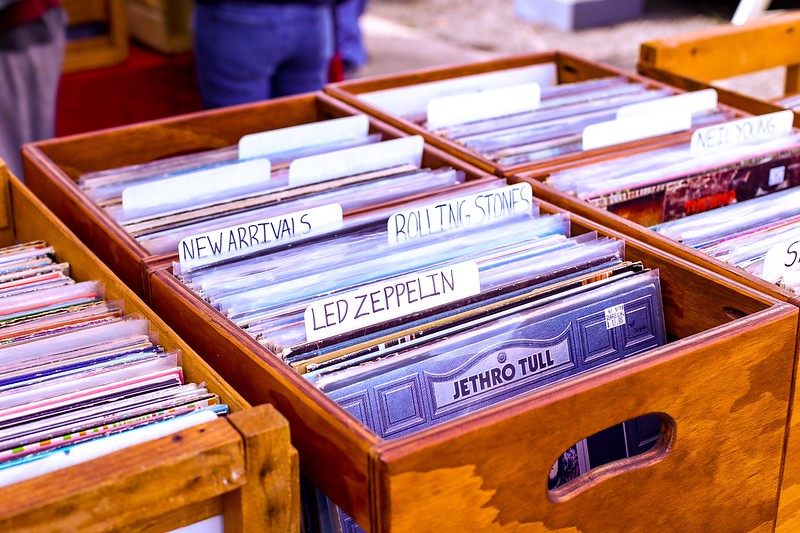 For more on the Farmer’s Market here in Corvallis, take a trip downtown on Wednesday or Saturday between 9 and 1pm to see for yourself; or simply head to their socials!