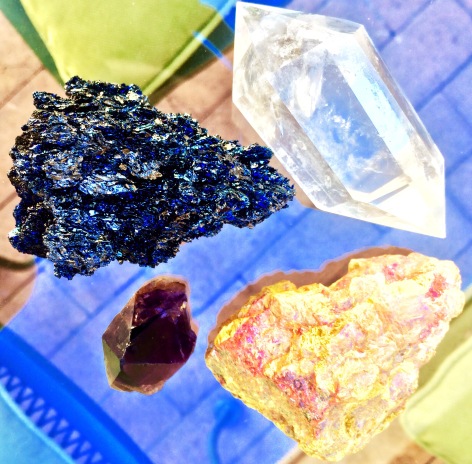 “The world is a book and those who do not travel read only one page.”
― Augustine of Hippo

There’s no doubt about it, music is my catharsis – catalyzing an emotional exploration of my ego while I put my psyche to rest; salaciously permitting me to adventure inside myself, a sort of mental manifest destiny if you will. In that sense, traveling might as well be musics equal and opposite, passionately pursing novel locations and external adventures at every turn.  Even though festivals are the primary ‘why‘ to my ‘where‘ of recent road trips, it doesn’t take much of a rhyme or reason to figure out that there’s so much else to do beyond  the music. On our way to Red Rocks, we made some beautiful and necessary detours through Zion and Bryce; while chugging along to Shambhala, we had the chance to take a gander at the amazingly lush topology of Oregon and Washington (well, until you reach the Washington Desert – which is definitely a real thing). 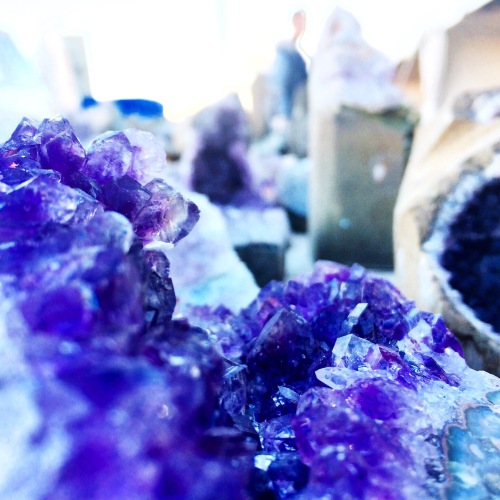 Before Danny and I departed for Tucson, my dad doted a bit of fatherly advice for the trip and doled out some great sight seeing destinations – including the Arizona-Sonora Desert Museum, Mt. Lemmon, the Tucson Botanical Gardens and the Saguro National Park.  All amazing suggestions and but as it turns out, absolutely none of these were actually in that close of a proximity that we could pop over and back to Gem and Jam in the span of a day; meaning we humorously tackled absolutely none of these.  However, one thing we did get to experience was the internationally acclaimed Tucson Gem Show.  Drawing in over 50,000 personalities from across the globe – The Gem Show is the premiere destination for gem, mineral, crystal and fossil lovers alike.  For about an entire month, hotels are essentially turned into giant warehouses – with each room playing host to a different pop up shop.  From Africa to Israel, India to China, Alaska to California – you could seriously get your rocks off a thousand ways to Sunday – and for those of you that think I’m exaggerating, trust me – if anything, I’m actually understating how many vendors and locations there are! 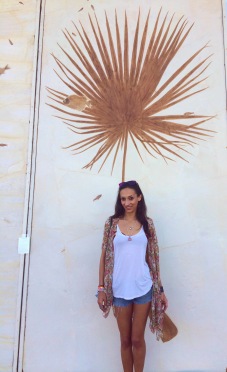 Starting at the end of January and running through February, for three weeks a year – Tucson is transformed into the largest Gem and Mineral show in the United States, while eager observers become transfixed on the glistening, gleaming and gorgeous gems that it has to offer.  Between ornate Quartz Skulls, towering fossil reliefs, gorgeous – and gigantic geodes – and magnificent pieces of Carborundum, Malachite and Azurite – we were whimsically wowed and humbled to gallivant throughout a few key hotels. In the last few months, my interest in gems and minerals has piqued – leading to extensive scavenging on ETSY, plus some good ol’ research and homework to truly understand what I’m looking at. Between their chemical composition, geometric patterns, crystalline building blocks, and rainbow array of colors -they’re a number nerds dream dipped in science and beauty. Instead of paying full value, we paid discounted, warehouse prices and for good reason – this is where ETSY shops come to stock up!

Though the Tucson show is in it’s last leg, you don’t need to fret if you missed out – as it turns out, there are a considerable amount of traveling gem shows and chances are they’ll be coming to a city near you! Just in Southern California, The Gem Faire will be cruising the coast – starting in Santa Barbara from 2/20-22, heading to to Costa Mesa the following weekend, then Del Mar and finally the Alameda County Fairgrounds in Northern California from 3/13-15.  If you’re not keen on traveling but you’re located in the Los Angeles area, the Natural History Museum downtown is home to a vast collection of Gems and Minerals, held in a stunning exhibition hall.

Perhaps time’s definition of coal is the diamond. 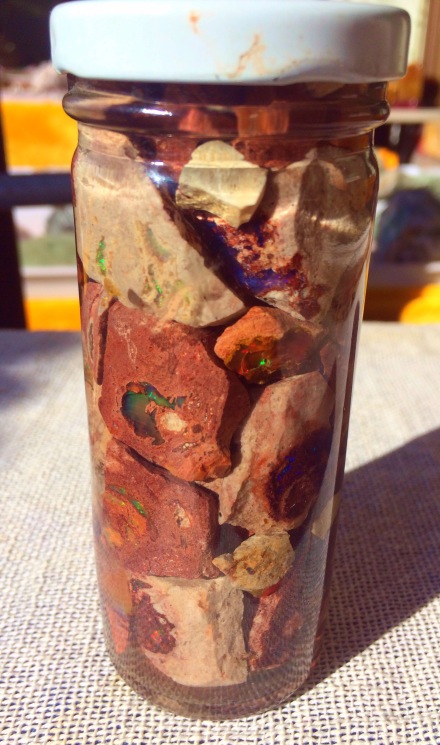 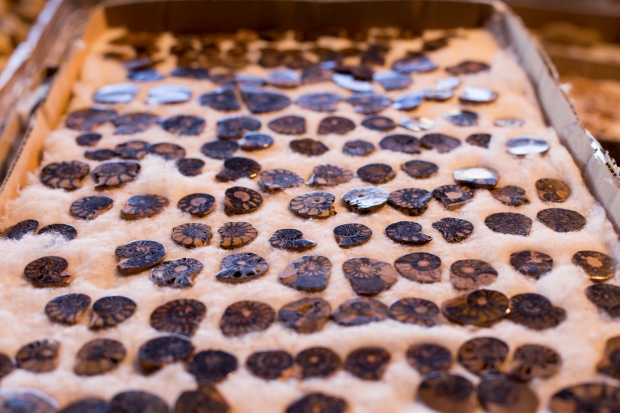 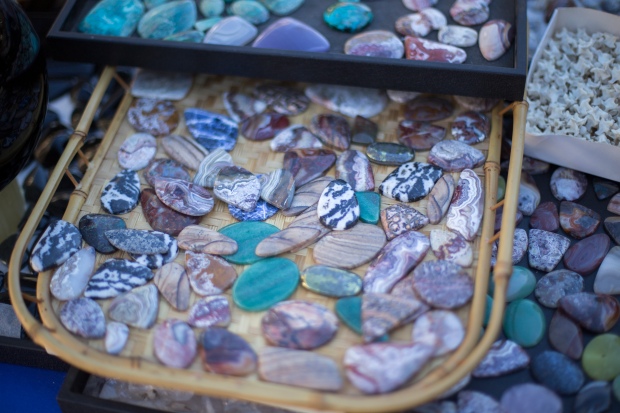 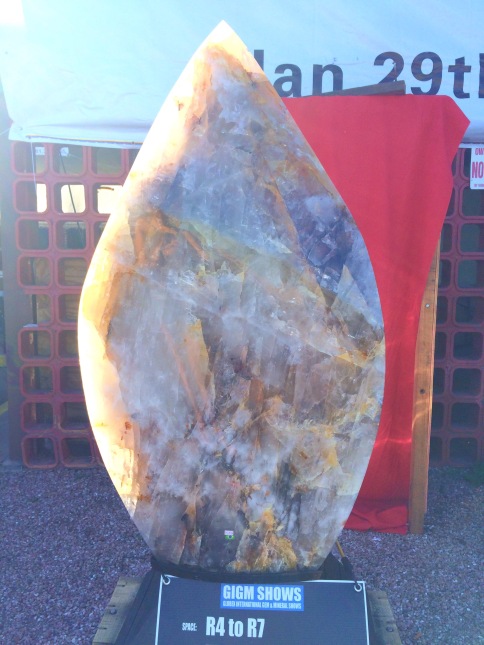 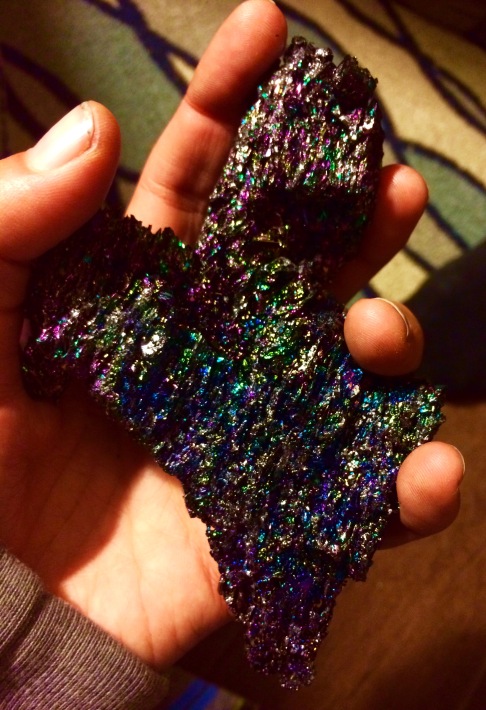 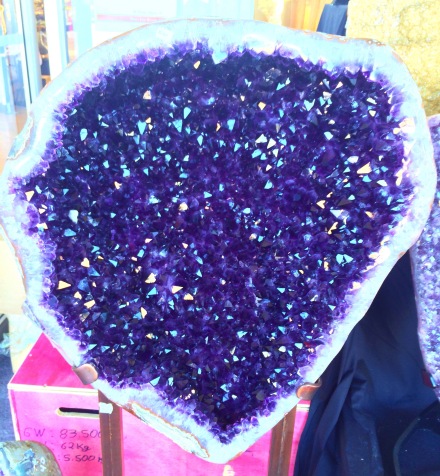 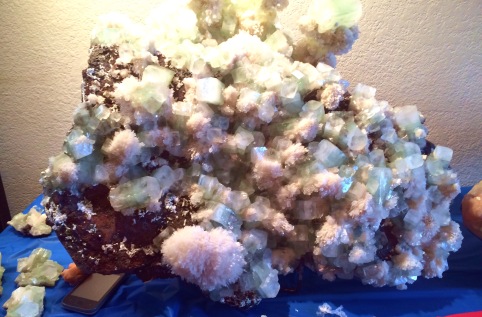 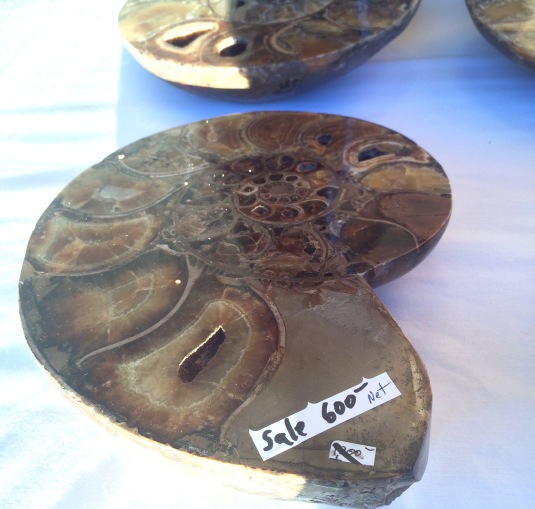 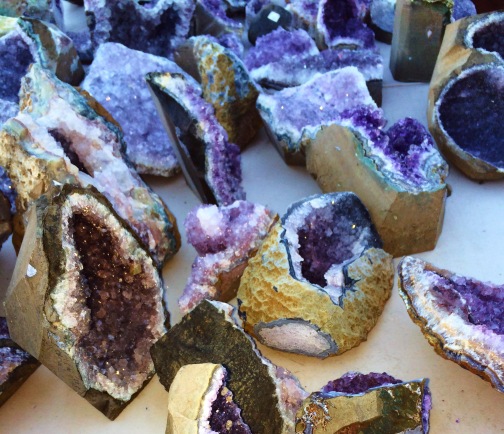 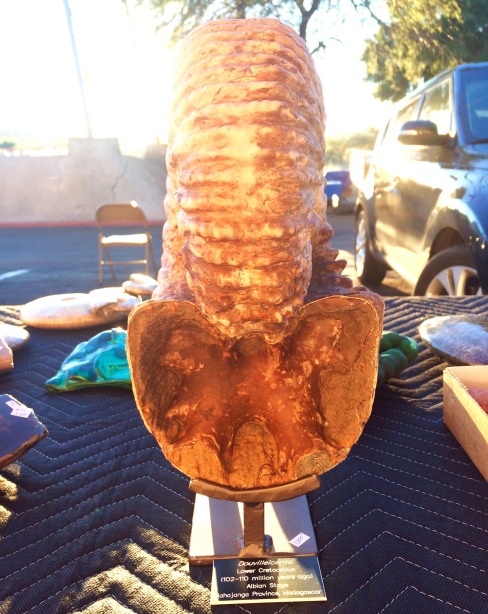