“Some old-fashioned things like fresh air and sunshine are hard to beat.”
Laura Ingalls Wilder

Until a few years ago, I firmly believed that down to my core I was a city kitty; from a purposeful hustle and bustle like you’ve never seen before to vibrant, neon color schemes boldly emblazoned against the darkness of the night and the palpable buzz of a technologically savvy, creative beehive. I grew up in California’s South Bay Area and quite frankly one of the few reasons I’m proud to be from the Silicon Valley is that people actually know the area I’m from instead of “40 minutes south of San Francisco”, “a little East of San Jose” and “a lovely drive from Santa Cruz”.
Being close to San Francisco and San Jose meant that whenever I could immerse myself in their go-go-go nature, I would – but there’s something to be said for what Santa Cruz had to offer: a slower pace of life, a calmer approach to the present moment with a less populated view and a stunning landscape where the trees meet the sea.

When we live in a fast past environment, we’re forced to adapt to a fast paced way of doing, being and living.  Like the Red Queen in Alice in Wonderland, we feel like we’re running just to stay in place. Suffice it to say that in Los Angeles – a quick wit, high levels of intelligence, deep passions and lack of sleep are  four cornerstones of the lives of basically everyone I consider a close friend.  Like a caterpillar in perpetual chrysalis, as age and experience boldly dance together inside, I’ve gladly shed the skin of my past while transitioning into a phase of my life that’s falls on the side of a country mouse than a city kitty.

This past weekend, Danny and I took a lovely deviation from our typically atypical LA life and jaunted up the West Coast for some wedding planning and much needed family time. For both of our first times, we blasted off out of the lovely Long Beach Airport and headed up to Central Oregon.  Originally, we’d planned on flying in Friday afternoon and leaving Sunday evening – but by extending our stay from Thursday night through Monday afternoon, we saved a few hundred dollars and got some extra family time; now that’s what I call a win-win!  After settling in for a cozy Thursday night, we woke up Friday morning fresh faced and adventure hungry; with a quick breakfast in our bellies and a glance at the stunning weather on tap for the day, we’d packed a bag and we were off off and away, ready to spend a day with the scenic Central Oregon Coast.

Our first stop of the journey was in Newport, Oregon to chow down on some delicious eats at Local Ocean Seafood, with a lovely view to the harbor. For as much as I consider myself a Bouncy Kitty of sorts – I’ll be the first to admit that I tend to eat a lot more raw fish, the likes of sushi, sashimi, tuna tartare and seared salmon make me salivate; but when it comes to the cooked variety, I tend to shy away.  Enter Danny.  He has a no holds, or foods, barred approach to chowing down and it’s expanded my culinary cravings tenfold.  LOS had the most delicious oyster shooters and seared albacore kabobs – and I know precisely what I’m ordering next time we go back! 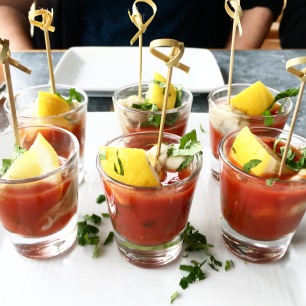 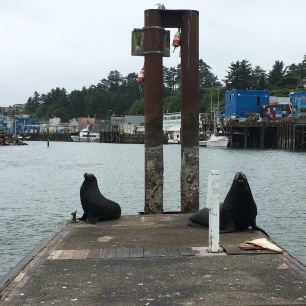 After a quick jaunt down the pier for a friendly conversation with some local seals, we were off off and away down the Central Oregon coast to Yachats, a small, sleepy town where I spent several memorable summer vacations with my dad’s side of the family.  But first, we plotted a few stunning beach stops on the way, first – to Ona Beach!

I had a million and a half flashbacks to fond childhood memories, tidepool hopping with my father, scavenging for sea glass, seashells and seashell things with my step-mom and breathing in the salty air while dancing in the sunshowers bouncing off the Pacific.  These memories and feelings fill my soul like a warm bowl of soup on a frigid day, or a hearty hug after a long night.

Apparently, we couldn’t get enough of the beach because after leaving Ona Beach, we stopped again at Seal Beach to take in the awe inspiring view – and then, it was finally off for Yachats, a town so small that you have to remind people in Oregon where it is.  Translated from the Siletz language, ‘Yachats‘ literally means the ‘dark water at the foot of the mountain’ – one look off the cliffs down into the Pacific, and you’ll be sure to agree. A quaint community about halfway between California and Washington, Yachats sits right on the water and feels like it walked right out of 1950’s America. Back in the day after my grandparents settled in Corvallis Oregon, they snagged an adorable Summer home from a fantastic Rhododendron expert who scattered the flowers across our property.  The end result is a beautiful landscape boarded by the bubbling Bob Creek that sprouts to life and blooms only four weeks of the year, and we were lucky enough to be around to witness it. 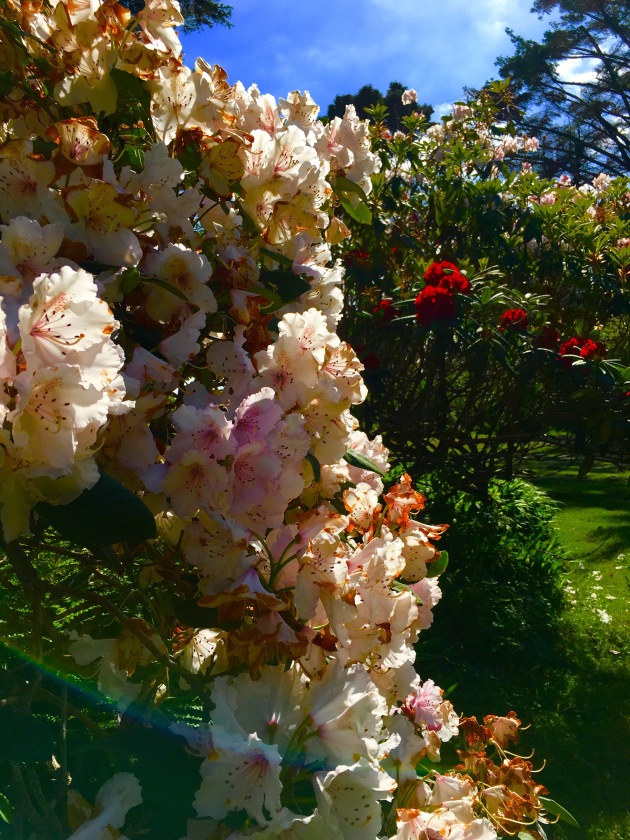 The last leg of the trip was definitely my favorite, if not for proof that my apple doesn’t fall far from the family tree. Back in August in 1987, hundreds of thousands of eager souls around the globe flocked to sacred, spiritual locations to participate in the  ‘Harmonic Convergence‘ – the first internationally synchronous  meditation event in recorded history.  Of course – my dad and his group of friends went; they chose an area called Cape Perpetua, and Danny and I were lucky enough to stop by for a sunny, afternoon visit – a rare, sunny afternoon at that, especially for anyone that knows the Oregon Coast!  Cape Perpetua is a slice of Oregon heaven with hundreds of tall trees sitting over bluffs that give a panoramic view of the entire Oregon Coastline. Pay it just one visit and you’ll see in a heartbeat why it’s so special. 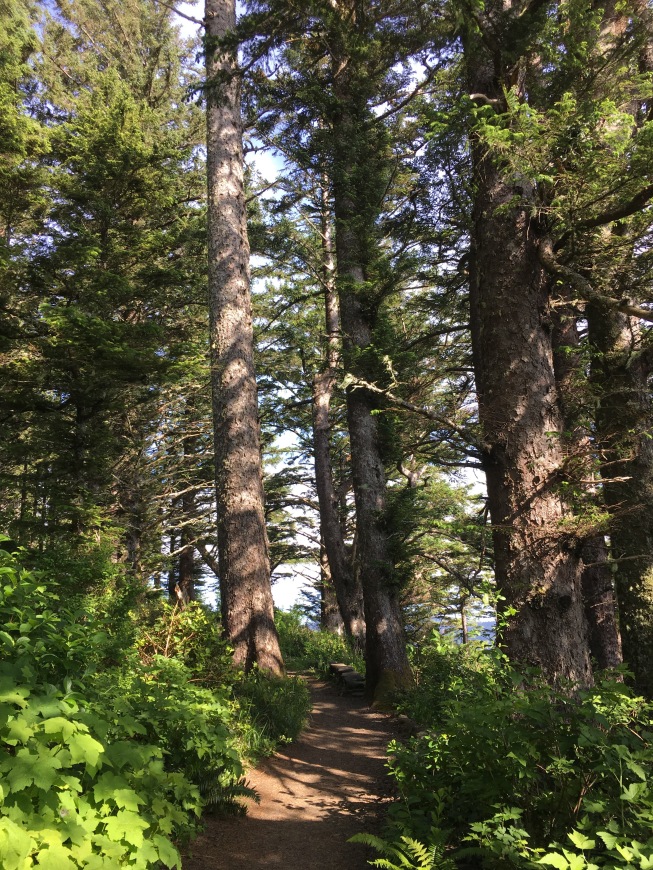 What I learned on my trip is that if you’re a fan of the California Coast, you’ll be head over heals for Oregon’s. Start planning your journey now and check out these helpful sites on the state’s natural wonders.