There’s nothing quite as enjoyable as manifesting your own reality and thanks to social media, I firmly believe that each and every one of us is fully capable of doing so.  Whether it’s attending the right events, donning the right duds, being up on the latest makeup tips or rocking out to the latest and greatest jams – sites like Pinterest, Instagram, Tumblr,  Hypem, Soundcloud and Yelp.  Over the past few years, we’ve essentially been watching sites like Facebook and MySpace – broad, umbrella social media sites that encompass the entire breadth of what you would want to share – dissolve into specialized verticals.  If you’re shaking your head saying “No, that doesn’t seem right”, take these facts into account; in 2012 Facebook acquired Instagram for $1 Billion and last May Yahoo bought microblogging site Tumblr  for about $1.1 Billion.   Whether it’s to be part of the competition, or remove the idea of it by purchasing the competitors – both Facebook and Yahoo! seem more than aware that there are other verticals to conquer; so it only seems right to be jumping on that social media train with them and watching the journeys unfold!  Now, social media (in my opinion) has primarily one of two functions – either individually promoted posts strewn across the interwebs in hopes that someone – anyone – will acknowledge them, or interactive and community building. Tumblr, for me, sits happily between the two as the perfect fusion of sharing and caring whereas sites like Instagram, Hypem and Pinterest rest their laurels on promoting your individual posts, siding more on the sharing and a little less about the caring.  Yelp, for me at least, is on the other end of the spectrum – they’ve built an entire enterprise on helping people cultivate a “small town” community in a big ass city; exhibit (a): me in Los Angeles.

Over the course of my five years in Los Angeles I’ve developed quite the knack for being social media savvy – especially when you consider the fact I dropped my Communications major before the first week of college had started.  Not to say that I hadn’t grown up around all sorts of cutting edge technology and extravagant modes of communication + connection, but compared to my close circle of friends it’s something that I’ve gotten to hone in on and develop on my own time as opposed to it being force fed down my throat.  When Yelp surfaced a few years back, it was a resource – a way of determining what’s hot and what’s definitely not and to be honest, it fell more on the end of promoted posts versus community outreach.  Back in the beginning, I was I guess what you’d call a ‘Lurker’ – I was a non contributing member of the community down to search some data and get what I wanted but somewhere, deep in the heart of my second year something changed: I found businesses – like retail boutiques and family owned restaurants – that I thought were either misrepresented or underrepresented on Yelp and I took it upon myself to start reviewing them.  And then, well, it just kinda kept going…and going; what started out as a save-me-from-my-own-boredom style hobby fully escalated to being a Yelp Elite in ’11.  What’s that you ask? Oh, just a collection of the nicest, friendliest foodies you’ll ever meet: we get to go to kickass events, try out tasting menus and explore the heart of our cities thanks to our amazing Elite Team Leaders  but get something straight before you join, you gotta give a little to get a little – kapish? Over the course of a calendar year, I probably pen at least 100 reviews – yeah, I know what you’re thinking: that’s a lot of opinion! But I love it…I love telling stories and letting people in on the good parts of my life; I like letting people live vicariously through my proudest moments and my failures.  Ultimately, it comes down to this – I love sharing, and Yelp has given me a great, warm and welcoming community to do it with. 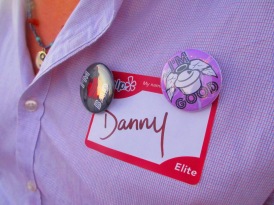 This past Monday, our Fearless LA Leaders took us out on the town to celebrate the amazing things that we’ve done and give us a taste of good things to come!  Due to scheduling, time conflicts and availability I’ve only been to a handful of Elite events – of the ones I can remember, only a tasting at The Grill at the Beverly Center and a Spa Night at Blue Medi Spa.  Truth be told, after I won their amazing Spa Package I had a heart-to-heart with myself and thought I’d rather sit a few out since I’d been so blessed with amazing luck and opportunity; but, when Yelp’s ‘Rock the Yacht’ event cshowed up on my radar there was absolutely no way I could say no – especially since there was a plus one! Ps. Ladies, take note – the key to a man’s heart is through his stomach – so, due to the transitive properties of math: being Yelp Elite is sexy, right? Right!

When Monday night came around I literally couldn’t sit still at work because I was so excited! One perk about working from home is that every half hour, I’d peruse my closet in search of anything nautical – I had snazzy stripes and a crisp color combination of blue, white and black in mind; and my closet delivered! We showed up to the Hornblower in Marina Del Rey around 6:30 and I’m so glad we did, the yacht was almost at capacity and it would have been beyond a shame to not get in.  There was a hosted, open bar and so, so many vendors – including, but definitely not limited to: Bombay Sapphire, Hamilton Wines, Beach Pizza, Pork Belly’s Sandwich Shop, Krave Jerky, Balvenie Single Malt Scotch, Grants Scotch Whisky, Scott Cellars, B Sweet, Sapporo and Stella Rosa Wines.  Needless to say, I left with a big smile and a full (and slightly tipsy!) belly.  Kudos to Hamilton Wines, Beach Pizza, Grants Whiskey and B Sweet for finding permanent homes in my heart and a mega-huge thank you to Katie B, The LA Yelp Elites and Yelp in general for always putting on such great events with amazing crowds.  Until the next one; xx!

The collection of Cheesecakes from B Sweet

Sunset on the Marina

Some people seem to have all the luck – raffles, clothes, apartments, friends; every bit and piece of their lives seem all too perfect to be real.  I’m definitely not one of those people but believe you me: I’ve had my fair share of luck.  Over the last three years I’ve been blessed with multiple opportunities that simply make my soul happy:  I was lucky enough to visit one of my best friends in Shanghai last year and got to celebrate the Chinese New Years in style, I won a trip to Las Vegas through the good folks at Metrowize and I was privileged enough to not only worth the Mercedes-Benz Fashion Week in Los Angeles, but I got to interview top notch designers like Christian Audigier and Lana Fuchs!

Over the last year or so, there’s been little luck to be found – which doesn’t bother me much, I definitely felt like I’d used up all my karma points with the universe! Well, a huge thank you to Blue Medi Spa of Sherman Oaks and Yelp’s LA East Elite Team for changing things up a bit – after attending the kickoff event for Yelp Elite’s last week, I got a strange phone call the next day saying that my raffle ticket had won me a night of pampering and a goodie bag. I’d just finished a big workout and literally had to pause and catch my breath -in between descriptions of spa treatments, I managed to squeak the words “…wait, I won?!” into the receiver.  And a week and a few treatments later, I still can’t believe how lucky I was! 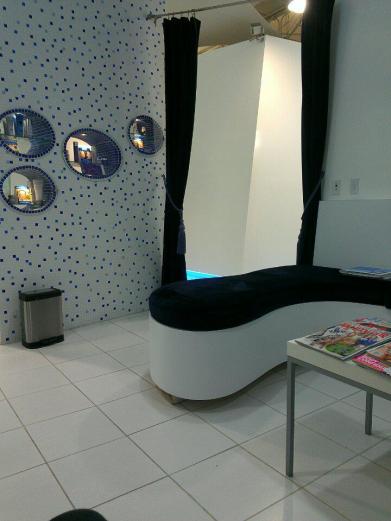 First things first, the staff is beyond lovely – they were ready and able to answer all of my varied questions, and are over the moon hospitable! After a quick and nifty iPad driven intake form, I was swept away by a technician named Stacey for some microderabrasion or as the folks at Blue Spa refer to it – MicrodermaBlue.  Using the DiamondTome technology, the skin is exfoliated by distributing a stream of fine crystals and diamonds and then using a vacuum to suction the crystals – and your dead skin – up, up and away. The end result for me were that the top few layers of dead skin were completely removed, leaving a beautifully smooth surface with very little blemishes and an even complexion.  Another perk to microdermabrasion, besides your skin feeling heavenly, is that makeup will apply easier: it won’t streak and you won’t need to touch it up at all! The service itself is roughly $150, but in my opinion it’s completely worth every penny (that I didn’t have to pay…)

One thing that I didn’t take into account before my appointment is your skin has multiple layers: the microdermabrasion targeted the epidermis, or the top layer of the skin.  My next treatment, Laser Genesis, targeting the endodermis (bottom layer of skin).   Now, let me preface this section by saying that this is a pretty pricey treatment ($400 for just your face) and there’s no way I would do this on my own dime – but – I absolutely loved it and feel that if you can afford a treatment like this, do it. The microdermabrasion opened up my pores for the removal of dirt and dead skin and the Laser Genesis then goes in and minimizes them.  It takes roughly 30 minutes, and 13 thousand light pulses, to finish your face – and not gonna lie, it feels a little strange.  The light pulses hit your face in attempts to stimulate collagen growth; and as a warning: the light pulses feel very similar to being in a strong tanning bed and can be a little uncomfortable at times.  The end result was that my skin tone and texture were completely evened out, and my cat scratches that I’ve had for years were almost unnoticeable!

Last, but definitely not least, I was presented with a goodie bag filled to the brim with amazing products which includes, but is totally not limited to, a Latisse kit ($120) with a one month supply of applicators and top of the line sunscreen + skin moisturizer from Fenix ($55) to ensure the treatments last. 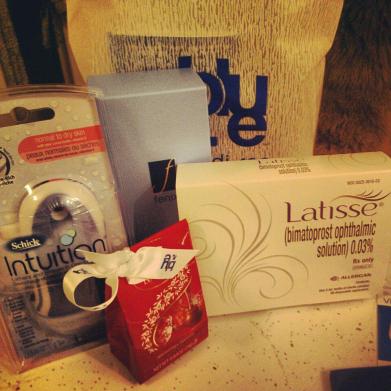