“The meeting of two personalities is like the contact of two chemical substances:
if there is any reaction, both are transformed.”
― C.G. Jung 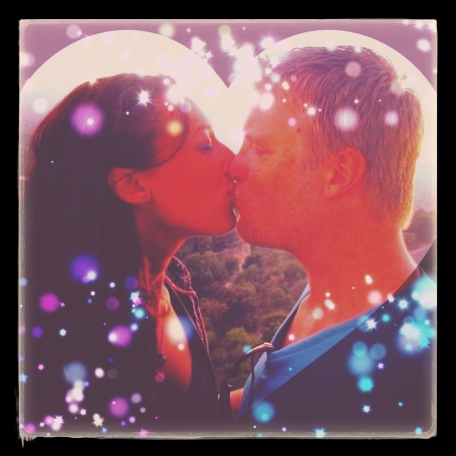 It’s almost been 31 days since August rushed in and it feels like it’s exiting my life is essentially the same fashion; the weeks get shorter, and the weekends – doubly so, but the memories I’ve made over the course of the past month are set to last me for a lifetime. As if it weren’t obvious, I’m beyond in love with the most wonderful man; he makes me feel equal parts sexy, intelligent and hilarious – what a hat trick, right?!   To me, the best part about being in a relationship is constantly evolving myself to be the best person I can be; and he completely does that for me.  I’ve been all over the map (literally and figuratively) for the past few weeks.  I had a master plan to shake things up and I did! I cruised to LA State Historic Park for downtown’s now annual event HARD Summer, I had the luxury of heading to San Diego for an exciting weekend on the sea, I introduced my boyfriend and his housemate to the wonders of the J Paul Getty Museum and for the upcoming long weekend I’m taking my boyfriend home to meet the rest of my family and friends. A whirlwind for sure….but I couldn’t think of a more beautiful one to be stuck in!

Before I get to the gusto of this post; I think it’s time for a teensy tinsy confession.  The Wednesday Watercooler piece slowly but surely became my favorite post to churn out on a biweekly basis; but as I’ve been honing in on my writing style – and niche – I’ve enjoyed devoting full posts to interesting topics instead of glossing over them like stepping stones on a riverbed.  I’ve gone head over heals about Doing It Right, a series of pieces on the way I play – my favorite vacations, staycations and day-ventures with friends; I’ve been creating my own visual quotations and adoring every second of the process – especially the photo editing, which I also do in my Oh, Snap segments; and last but definitely not least, I can’t help but want to write for days about my love of music – whether it’s the EDM scene, new artists, concerts or the community – if I’ve experienced, felt, laughed, screamed or cried about it, I want to share it with the world.  In the past year, this blog has catapulted into over 100 followers and 200 unique and, at least in my opinion, well researched posts – all inspired by the effervescent and ever changing world around me.  As I’ve developed personally over the past year, this blog has manifested into something bigger than I can imagine – and that’s thanks to my wonderful readers, like you! Anyways, now that’s out of the way – let’s get down to business.

The 50th Anniversary of I Have a Dream

Today is an extra special day in History; if you haven’t seen the Google Doodle or been inundated with posts from your favorite social media outlets – then let me break it to you nicely.  50 years ago today, one of the most influential characters in our Civil Rights Movement gave one of his most famous speeches.  There’s a kickass interactive website set to capture and chronicle the voices of today discussing the changes and state of race relations in the United States today.  Currently, the site contains almost 100 interviews from people involved in the civil rights movement – from leaders and activists, to elders and clergy members; if they had a voice, they’re telling their stories.  If you feel inclined, you can head over to the website and submit your own story commemorating the 50 year anniversary of the event.

One thing’s for sure about the upcoming Generation – I’m a little nervous about their role models!  Working for Disney maybe I’m hyper aware of this – but I’ve seen more than a handful of child stars that were plucked from the masses and put on pedestals completely disengage their fanbase and – essentially – say fuck the media, I do what I want. Currently, the Queen Bee of this scene is none other than ex-Disney star Miley Cyrus.  Now, a girl can do what she wants – shake what her momma gave her, twerk sometin’, hang with the cool kids and run rampant on the streets; but in my opinion, once you’ve garned the power of popularity you should also have some semblance of social responsibility – mmm, yeah…right.  This past weekend at MTV’s infamous VMA Awards, Miley treated us all to a lesson in Twerking; something I’d much rather soon forget.  Between shaking her money maker on Robin Thicke, raging with Borgore and living the good life – I have to say, she’s doing something right; I’m just not sure what it is!

I’m no psychologist – but I’m earnestly and honestly fascinated by the human mind, how it can be manipulated and how it relates to others; as far as consciousness is concerned, it’s beyond interesting. What makes something sentient and self-aware?  How can we possibly assume that because we cannot quantify consciousness in other things – a cat, a rock, a shooting star – that it ceases to exist?  As far as humanity is concerned, I believe in a massive,collective unconscious that slowly gets siphoned in and out of reality and in and out of our constrained, physical bodies.  But like they say in Fight Club: that’s just me, and I could be wrong. However, Aeon Magazine published a magnificent article about the condition of consciousness and I’m so exited to share it:

“We can’t help it, and the fact that we can’t help it ought to tell us something about what consciousness is and what it might be used for. If we evolved to recognize it in others – and to mistakenly attribute it to puppets, characters in stories, and cartoons on a screen — then, despite appearances, it really can’t be sealed up within the privacy of our own heads.” [Read More Here]

Pendulum Swinging Back Into View

At the beginning of last week I heard maybe the best EDM news of the entire Summer! A few years ago, one of my favorite groups decided they were done with their signature drum & bass sound in favor of evolving their craft the way of the industry – Trap, Dubstep, Drumstep, etc.  They went from having 3 members to 2 members, and from being a live group to essentially being a DJ Set.  If you haven’t put it together by now, the group I’m talking about is Pendulum – made of the trio Paul Harding, Gareth McGrillen and last but definitely not least Rob Swire; and Knife Party – their offshoot, is made of only the two later members.

In Spring of ’12, right after Coachella, one of my friends and I moseyed over to Funktion Wednesdays at Avalon to see a Pendulum DJ Set; I remember explicitly asking what the difference between a Pendulum DJ set and a Knife Party set was and they honestly couldn’t tell me.  Low and behold, three months later Pendulum announced they were going to stop touring together in favor of pursuing Knife Party – much to the dismay of the majority of their fan base, including myself.  Now, don’t get me wrong because I love me a bloody Knife Party – but there’s absolutely nothing like a live set from Pendulum!  I’m definitely doing my happy dance in eager anticipation of their next album; bring on 2014!!

Who Gave Us Numbers

One of the greatest debates a mathematician or scientist can get into is distilling their craft to this: when it comes to numbers, did we as a society invent them or are numbers divinely created and handed down to us?  I’m sure your side of the debate weighs heavily on your views of this world, or even worlds beyond this; but regardless of your stance, the following video from PBS’ Idea Channel asks the simple following question – does math exist; as a statistician, I’m sure you already know my response but I’ll leave the job of answering that question to you guys 😉