The more I become acquainted with Los Angeles, the more I’ve realized that street art is literally any and everywhere around this amazing city.  My neighborhood – Melrose and Fairfax – is essentially a mecca for street artists; the area is riddled with skate shops, tattoo shops and a rich hodgepodge of different artistic types. The end result? Alleyway after alleyway, covered from head to toe in the most vivid and vibrant graffiti, street art, acrylic art and multimedia art I’ve ever seen.

A few weeks ago, my boyfriend and I were wandering around the downtown area in search of something more or less transformative; for the amount of street art we’ve come across (hint: a lot) – for everything I’ve loved, I’ve seen three things I couldn’t reconcile or wrap my head around.  Thankfully, the Little Tokyo area of downtown essentially screams in equal parts culture and art.  One thing I didn’t know until recently was that the area hosts the largest Japanese-American population in the United States and stands as one of only three Japantown’s; the other two residing in San Francisco and San Jose, respectively.   Being the urban adventurers we are, naturally we were scouring parking structures, back alleys and side streets in search of the perfect piece, picture – or, hopefully – both.  After an hour of prowling the streets, we stumbled across an incredibly industrial yet new age art gallery.  One peak inside at the fluorescent art and we knew we had to explore; it turns out we stumbled into the Lili Lakich Gallery of Neon Art and we were not mad about it! 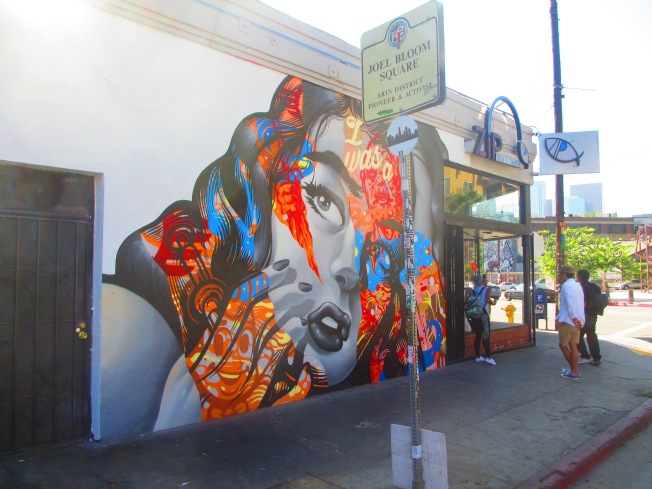 Lili Lakich has always craved the contrast of a dark night and bright, neon lights. Originally from Washington DC, the Lakich family migrated from Washington DC to Arizona along with her father’s military career.  His idea of vacations were road trips and her family would choose their hotels based on the awesomeness of their neon signs.  And from a young age, this helped shape her love of all things fluorescent.  Route 66, Las Vegas – they weren’t just culturally iconic cities, they had become meccas of art and creativity; they were inspirational.   After bouncing between the Pratt Institute in New York and the London School of Film Technique – she finally settled down in New York to complete her BFA in ’67 and the next year she moved to Los Angeles to pursue art as a career.  Within a few short years, she began showing her awe inspiring sculptures – first in ’73 at Gallery 707 and then in ’74 for her first solo show.  In 1982, she created the Museum of Neon Art and worked as it’s first director until 1999 and since then has had shows all over the world, from Tokyo to Paris and her work can be seen in many major publications on neon and contemporary art.

As I mentioned earlier, she currently runs the Lili Lakich Studio in Japantown which houses tons of her works – from her latest to her greatest, in addition to showing off the works of her students.  Yes, students!  One thing we discovered while talking to her was that she hosts an 8 week workshop on creating neon art! So even the average Joe can create art that glows; genius!  Unfortunately for me, I couldn’t afford to take this round of classes but trust me when I say it’s now on my bucket list of things to do before I leave this lovely city.  There’s something to be said for passionate people and Lili Lakich sure is one of them.  If you’re based in the LA area and want to hear more, simply head on down to Japantown and meet the woman for yourself! She’s wonderful, kind and more than willing to share her love of art with anyone who walks in her doors.  Or, if you can’t find the time to stroll through the shop, pick up a copy of her autobiography – For Light, For Life, For Love; now, onto the art! 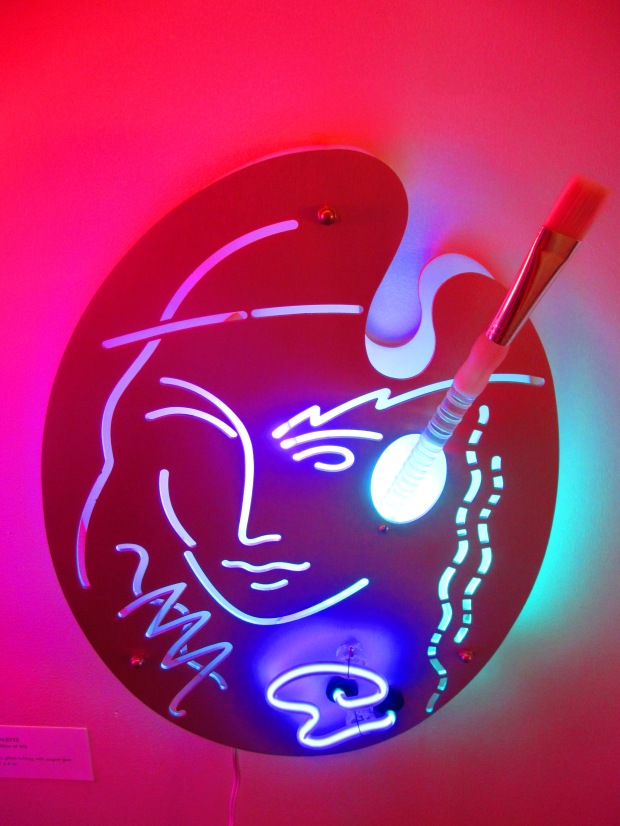