The tides are in our veins. 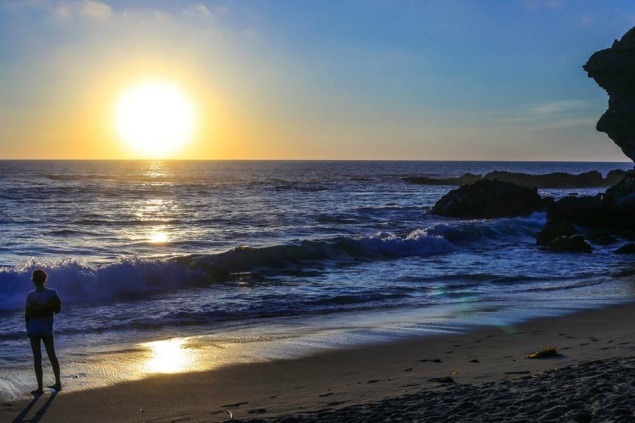 Calming and cathartic, the ocean beckons with a quiet roar masked as a whisper – cascading from shore to shore in enigmatic harmony. Growing up in the Bay Area, only a hop, skip and a jump from local beaches like San Gregorio, Half Moon Bay, Santa Cruz and Capitola, and spending a good amount of my childhood on the Oregon coast – I have a plethora of fond memories building sand castles and feeding s

ea gulls while unearthing sea glass and haphazardly discovering beautiful raw stones.  And even though I spent my collegiate years right on the beach in Santa Barbara, I could’ve spent a lot more time actually at the beach. So whenever I get the chance to finally hit one up, the five year old trapped in this 6’0 body gets butterflies in her stomach and stars of excitement in her eyes.

Life, as they say, is what happens while you’re making other plans and the other weekend was no different.  After a haphazard morning leaving Los Angeles, timing had proven tumultuous and schedules had shifted. Thankfully, it was a beautiful day and there’s nothing quite like hitting the road with some good jams and great friends. Soaking in the wonderful weather over Valentine’s Day weekend, a great few days filled with lots of love and great company, my wanderlust waved me over to Laguna Beach’s Thousand Steps Beach. Located just off of the Pacific Coast Highway, tucked away between two bluffs – Thousand Steps Beach is a gem among beaches with loads of soft sand, caves to explore and loads of blissfully breaking waves for hydrophilic humans.  Though it’s not technically a thousand steps to get down to the beach, there are definitely enough to warrant a lazy afternoon soaking up some rays. 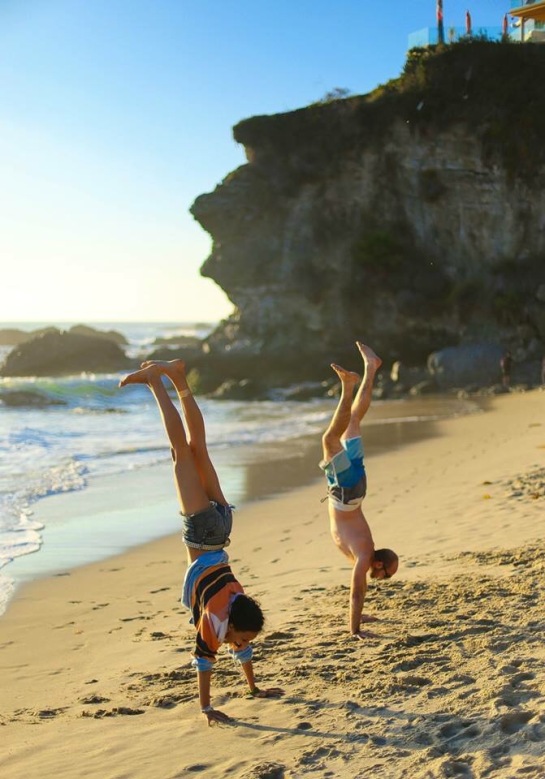 We couldn’t leave before Sunset on the beach and as we thought, it was absolutely stunning. Sprinting out to the water to snap a picture, my body tangled in itself and the necklace I was wearing broke and my pendant, a beautiful little piece of Amethyst that I got at the Gem Fair in Tucson,  tumbled through my sweatshirt and plunged into the current.  I watched three or four waves swoop, swish and rearrange the stone and instinctively thrust my hand into the water. Miraculously, I saved it – and it hasn’t left my neck since.  This was almost two weeks ago and I’m still finding grains of sand on it!

Last, but certainly not least – as the sun went down, the creativity heated up and we tried our hands on some light painting.  Danny took hold of the wand, our friend All Day Jimmy was behind the camera – and the result: magic!

What’s your favorite beach to soak up the sunshine? Let me know in the comments below!