Throughout my childhood, it was implored on me that there are three things you don’t discuss with strangers: sex, politics, and religion.  I don’t know about you guys, but those are three super interesting conversations that I’m always itching to have with anyone who will participate.  From what I can tell, previous generations weren’t just closed off about what others thought, nor were they closed minded – they literally never had the opportunity to engage with other viewpoints and have their opinions changed, nor change anyone else’s. In just the last twenty-four hours, I’ve engaged in discussions in the waiting room for the doctor, in line at the pet stores and during a work luncheon – and no one has shied away; if anything – they’re enthralled. Throughout each of these conversations, I continually question why this wasn’t okay for my parents before me, and their parents before them. Were they worried they were on the wrong side of history and scared of change, facts, and knowledge?  Or, were they right in the idea that certain feelings and ideals be kept private, for a select audience of our peers?

At the good ol’ age of 31, I’ve been around to see several elections now.  When I first left the Bay Area for college in Santa Barbara, I distinctly remember how anxious and nervous both Bush campaigns made me; I was determined, albeit slightly jaded, in the idea that I could effect a positive change in the world.   Then, I remember being part of history: I remember voting for Obama twice and bearing witness to a monumental moment with our first minority president. At the time, I remember thinking at those times how important it was to be part of the electoral process and if I could, I would double down on that sentiment today.

government of the people.  From the get-go, it was clear that there was a struggle looming ahead of us – but no one was privy to just how hard it would be.  I was, and still am, a proud Bernie supporter – hell, I even wore my ‘Feel The Bern’ shirt to the polls yesterday (and to that token, Los Angeles – you’ve got your election fashion on lock). Watching the election results come in reminded me of a disappointed parent:  it’s not that I didn’t know America was steeped in racist roots or had a slightly misogynistic flair.  But in all fairness, I was hopeful.  Hopeful that people had enough personal experience to negate any external bigotry, hopeful that people could see through the terrible charade of Trump and align more with Clinton’s character, but that’s not at all what happened. Clinton by in large is considered a member of the old guard, and for all intensive purposes – it’s the reason that Gary Johnson garnered up to 3% of the vote in pivotal states – taking necessary votes away from Clinton and ensuring Trump would take the lead. Trump, though bombastic, eccentric and politically incorrect, is not.  He’s made of his families money, can speak straight to America’s diminishing, white middle class – and make minorities cringe when he says “Make America Great Again”.  But he’s different, he’s anti-everything we dislike – and there isn’t a Bernie anymore, so what’s a misguided, poorly informed country to do…right? Sigh.

The further we push away from the election, the easier it becomes to assign blame.  If the Democratic National Committee hadn’t sabotaged their own party and conspired against the genius that is Bernie Sanders, the Democratic Party could have had a chance in the election.  If the media had pulled back on their liberal bias, the public could have had an unadulterated look at our actual political climate.  If the Republican Party could have gotten their act together under a solid message, then an anti-establishment bigot wouldn’t have ran away with the election.  But, I also believe that the fault is equally mine.

As a blogger, as a writer, as a multicultural female, as an American – I deliver information in concise packages with flowery, verbose bows on the outside. It’s my duty to get the facts and information into the eyes, ears and minds of everyone around me and to that token – I feel that I’ve failed.  I didn’t get ahead of the issues, I didn’t delve into the policies or research the politics – for the most part, I had discussions in person, but I didn’t use my influence, my creative prowess, or my passion to push the message further.  So now, I have to hope that this isn’t falling on deaf ears.

More often than not, I’m met with the incorrect (il)logic that ‘One Vote Will Not Change Anything’. The fundamental flaw with that logic is dissuading people from engaging in our current political process.  One voice in a crowd is relatively quiet, but the voice of the crowd can echo far and wide. For minorities, for women – it hasn’t been an easy road.  We’ve been fighting tooth and nail for the right to be part of this process, which makes it all the more infuriating when people choose not to vote.   Unfortunately for those of us that participated, there’s a large percentage of the population that either didn’t vote, chose to vote third-party, or wrote in some asinine shit like Harambe or Hennessey as a protest vote. Granted, Snopes outed everyone’s claim that 15,000 actually wrote in Harambe – but if half the country truly did vote for Trump, it’s not that hard to believe.  Not to mention, voting for a Third Party candidate in such a divisive election, or otherwise even, is a selfish symptom of socio-economic privilege. If you’re one of the people willing to give up your vote, why not think of giving your voice to someone who can’t vote – including anyone in the penal system and undocumented workers; those options are real, and they give a voice to the people instead of taking it away from them.  It’s a right to vote, it’s a freedom – and to be quite honest, I personally wish it was rule of law. 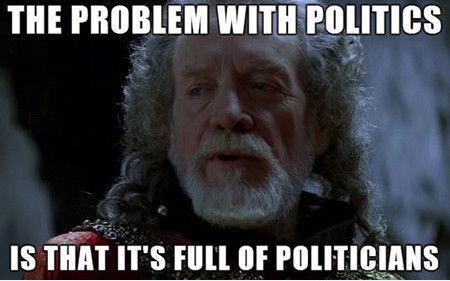 Beyond the President, there were several key races in California, as well as throughout the United States that I was keeping an eye on:

Medical Mary-J: Smoke ’em if you’ve got ’em! California has joined states like Colorado, Washington, Massachusetts, Maine and Nevada in their approval of recreational weed; voters in Florida, Arkansas and North Dakota voted in approval of medical cannabis and forever a black sheep of American politics – Arizona voted against.

The Death Penalty: This is why California can’t have nice things. We had a majority vote to approve Prop 66 to expedite the death penalty – but the majority also voted no on Prop 62 to repeal it.  I’m sorry, but killing someone for killing someone to prove that killing is wrong will never make sense.  In good news for the penal system, California did agree to allow parole consideration for non-violent felons.  It’s a small win, but it’s definitely a win – especially compared to Nebraska where they voted to repeal the repeal of the death penalty.

Other key California measures that passed include Prop 59 which recommends California push to overturn Citizens United, Prop 64 which requires the legislature to put bills online for 72 hours prior to a vote and Prop 63 putting background checks on purchasing ammunition, creating one of the strongest anti-gun law states in America.  Last but certainly not least, congrats to Kamala Harris for becoming California’s first African American Senate Representative.

Minimum Size Requirements for Farm Animal Containment – In an effort to battle intensive animal confinement on farms, Massachusetts is joining 11 other states with bans on confinement.  The new law prohibits methods including the use of battery cages for hens, veal crates on baby calves and gestation crates for pigs.  On top of that, Massachusetts is going the extra mile – barring the sale of meat and eggs produced via these methods, regardless of their point of origin.

What’s better than 50 states? Well, according to the residents of Washington DC – 51.  With overwhelming support, DC voted to ratify themselves as the state of New Columbia.  The decision is now in congress’ hands.

For the next two years we’ll be dealing with a Republican Senate, a Republican House and an anti-establishment President who caters to the conservatives that will be electing justices to our Supreme Court. Meaning – we have two years to get our shit together as progressives; two years to undo all of the undoing that is about to occur. Two years until the next midterm elections and four until the next presidential cycle.  As a minority, a female of color who will eventually raise a child that is also a minority, this country makes me nervous. As someone who wants to have a family in the next four years, I’m beside myself at the social climate and culture I will be raising them in. But I refuse to be anything but hopeful…adversity creates strength and resolution, and this election has sent a powerful message:

The sun is still shining, the world is intact and we’re going to get through this…together. It’s easy to throw our hands up, search for ways out of this mess and get frustrated – so instead, get educated, get active in your community and actually BE the change you wanted this election to be. Find an issue you’re passionate about, volunteer on a campaign, join a committee, organize a rally, raise your voice and be heard.

Let this propel you to passionately pursue what drives you, use this tumultuous energy to create instead of destroy, try to understand the other instead of demonize them and we can get through this better than before.

PS. Obama, I miss you already.