For the last four years, I’ve worked my job from home – which definitely has an equivalent amount of both perks and problems.  On the plus side, I can work from anywhere with a WiFi signal, or from home on my front yard in a bikini, or with my cats in the comfort of my apartment and my pajamas.  Conversely, some days I have almost no social contact and end up talking to the cashier at Trader Joe’s about our cats for twenty minutes because I JUST NEED HUMAN CONNECTION.  So when Disney tells me to come in for the day and do some team building exercises with the entire department, I jump at the opportunity and eat it up like hot cakes.  Well, at least 95% of the time.  We’ve done personality workshops and have volunteered with local shelters…but when I found out we would be doing an Escape Room – my heart skipped a beat or three.

Maybe it’s because I’ve seen the movie Saw too much (highly possible) or my anxiety was just running away with itself (equally possible), but my initial reaction included thinking “Hell to the no, how can I get out of it?!”  I don’t talk about it much, maybe even at all except to Danny and my family, but I get anxiety, and lots of it. Anxiety over small things, anxiety over big things, anxiety over past actions and future endeavors.  My mind is creative, vast, deep, imaginative – and it tends to run away with itself at times, like the Escape Room.  Being stuck in a room with hypothetically close quarters and people on other teams that I wasn’t as familiar with struck an anxious chord in my body that I couldn’t shake.  After some excellent convincing by teammates, friends and Danny – I put on my big girl pants and saddled up for the ride.

There are multiple variations of the Escape Room around Los Angeles like The Exit Game, The Basement  and Countdown Escape Room, each with their own tricks and treats. Some seem a tad more sinister or brooding than others, but the one we went to reminded me more of Da Vinci Code mixed with some CSI than anything else.  The  Escape Room in Downtown Los Angeles was a pleasant experience that I would actually do over, over and over again.  A mix of problem solving ingenuity and being able to think outside the box while trapped inside a box, the Escape Room was befit with four incredibly different rooms.  The Detective and The Theatre transport you back in time,  while The Cavern  and The Alchemist transport you to another place altogether. 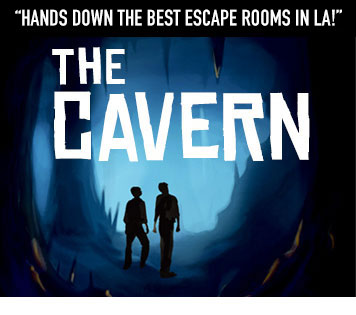 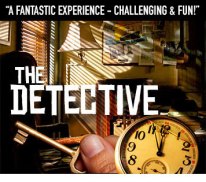 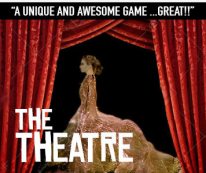 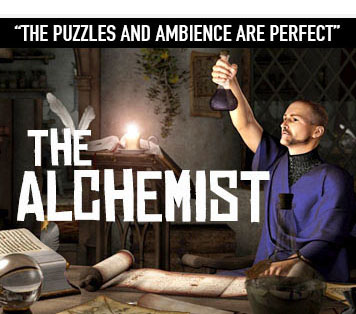 As we descended into downtown Los Angeles, my nerves started getting the best of me – I’m incredibly thankful that I have solid friends that surround me that know how to calm me down.  Plus, you technically only have an hour to outwit the design – after that, you’re released from the room regardless!  As we separated into teams, I tried to translate my anxiety into excitement – because let’s face it, this was about to get fun. My team was assigned to The Alchemist, and once inside the room, I kind of went from 0 to 100 real quick – but in the best of all possible ways.  I think in patterns and have a keen ability to recognize them immediately, not to mention thanks to shows like Law and Order and CSI, I was always under the impression that I’d be a pretty kickass, problem solving detective and after kicking ass and taking names with my team – I actually have some foundation for that claim.  Each room contains hidden clues that need to be unlocked in succession, some of it is cryptography – some of it is ingenuity, but it’s all an amazing amount of brain power, team work and fun.  Though we didn’t get allll the way through, we were damn close – plus our room only had a 18% success rate. The Escape Room was the perfect ploy for team building in an extra special setting.  Games run $30 a participant during the week, and $35 on the weekends.

We weren’t allowed to take photos inside the rooms, so besides what was on the website -there aren’t any- plus, I don’t want to ruin it for anyone that might fancy a game! For more on the Escape Room LA, or to reserve a room for you and your squad – head to their website or socials: