Mother’s Day Weekend is a special weekend, a fruitful time for family and a fitting occasion to embrace the divine feminine, and within that – our true Mother – Earth, Nature, Gaia – if you will.  As Danny and I gallivanted away this past weekend to go spend some quality time with his mom in Lancaster, we had (what we considered) a brilliant idea: instead of taking the 14, let’s take a leisurely drive through the Angeles Crest Highway.  And what a magical adventure that became. 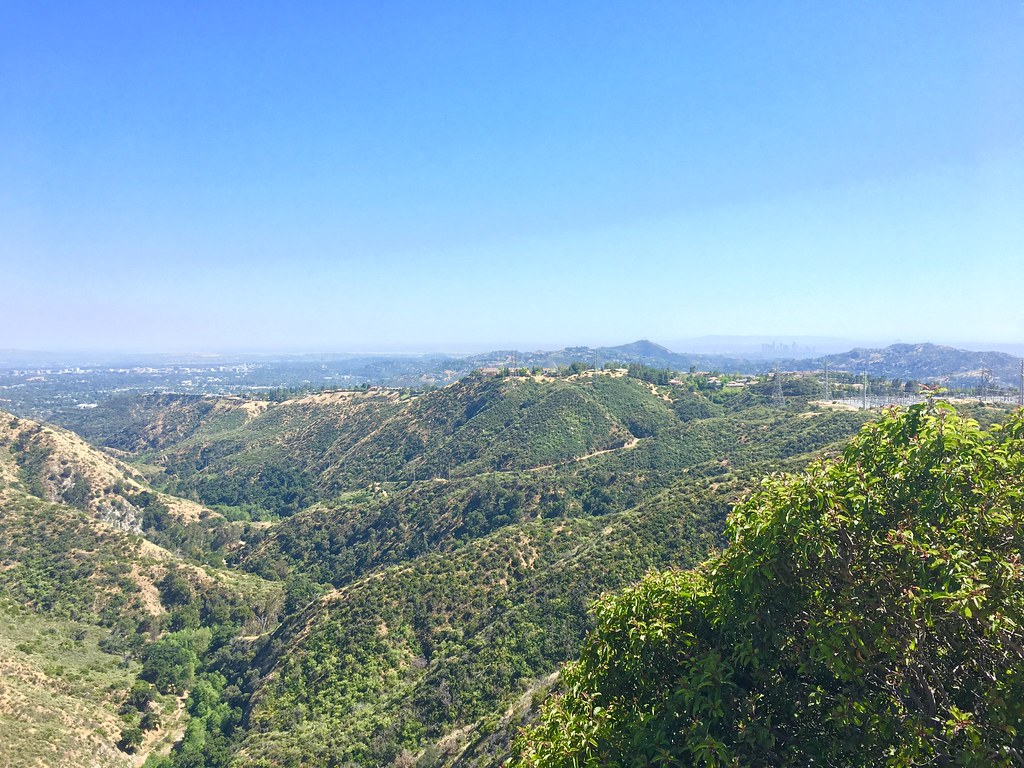 The Angeles Crest Highway is often referred to as the ‘Highway to the Heavens‘, and in my opinion – rightfully so: just one cruise through it’s winding trails, your car eagerly hugging the curves and you’ll be confused if you’re still in Los Angeles, let alone California – or the United States.  At times, the drive reminded me of Zion, my fiance kept thinking of the Grand Canyon and it’s easy to think that you’ve instantly been transported to the Swiss Alps or somewhere picturesque in the South of France. 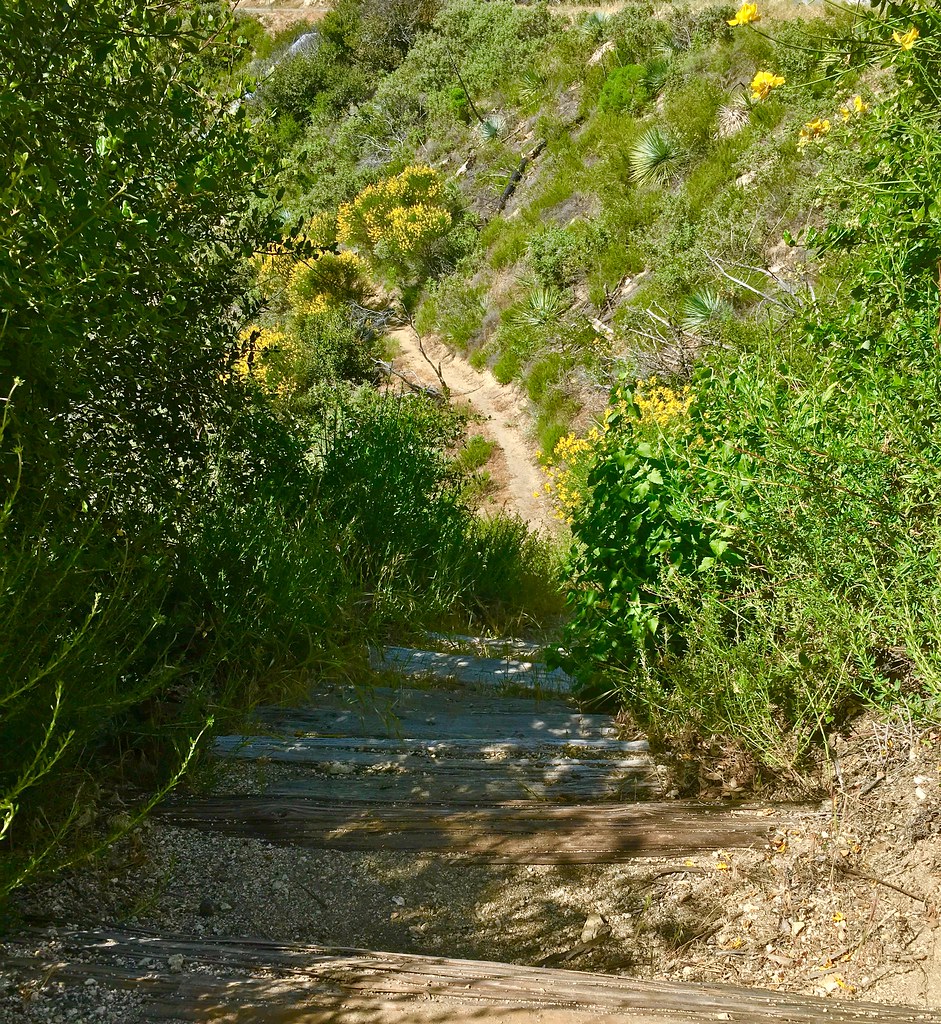 Considered one of the most beautiful non-coastal drives in the United States, the Angeles Crest Highway spans the northern most portion of California State Route 2, reaching from the the tip of Los Angeles County in La Cañada-Flintridge to Wrightwood in the heart of the San Gabriel Mountains.  Wander along the winding roads and you’ll find picturesque views of every angle of Los Angeles from the ridge-line of the Angeles National Forest.

The area is befit with a rich history that dates back to the turn of the 19th Century, and boasts plenty of turnouts with epic views, and hiking trails for those willing to adventure. And with nature just off of a stunning Superbloom season – or as I’d like to think of it, still marinating in the tail end of it, the hills are currently lush with bright yellow, violet and pink blooms. 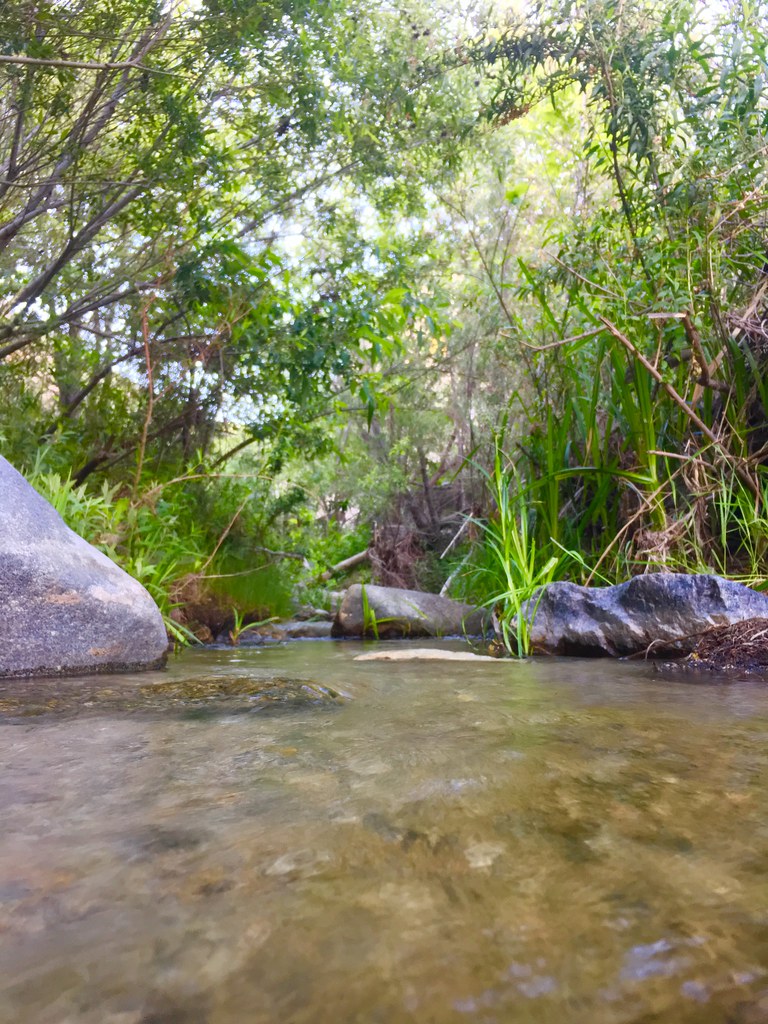 Stopping literally at every turn out we could – because, why not?! – we quite accidentally took a hearty nature break where Mill Creek intersects with the scenic byway.  As Danny found himself enamored by the tunnel born out of the mountain slabs, we were stopped in our literal tracks by the serene sounds of a bubbling brook. Danny eagerly clamored down the hill, reveling in the diamond in the rough that we just discovered – I was busy freezing in my flip flops, overthinking my way down to the water’s edge. After negotiating, and then poorly navigating my way down – spoiler alert: I slipped several times anyways – it was absolutely worth it.

Because we live in the wonderful Mediterranean climate of Southern California, it’s pretty much always a good time to go for a drive on the Angeles Crest Highway, but during the winter months (and some awkward days of June gloom), the snow can shut down parts of the mountain pass and the fog induced poor visibility is actually terrifying – just trust me on that one.  So, before you hop in your car and ride away into the sunset – make sure you check the road conditions to ensure a smooth, beautiful drive.

There’s something absolutely sacred about the way a car hugs a tight turn along a scenic cruise, whipping the soul around to enjoy a palpable, panoramic landscape in a heartbeat; albeit I think the windows should be down and music up to take full advantage of the moment – but who am I to tell another soul how to enjoy a leisurely, weekend drive.

Take a peek at my recent adventures on Flickr!

For more on the Angeles Crest Highway, peruse their website and social media channels – or just take yourself out for a spin; trust me, it’s worth it – and you can thank me later. 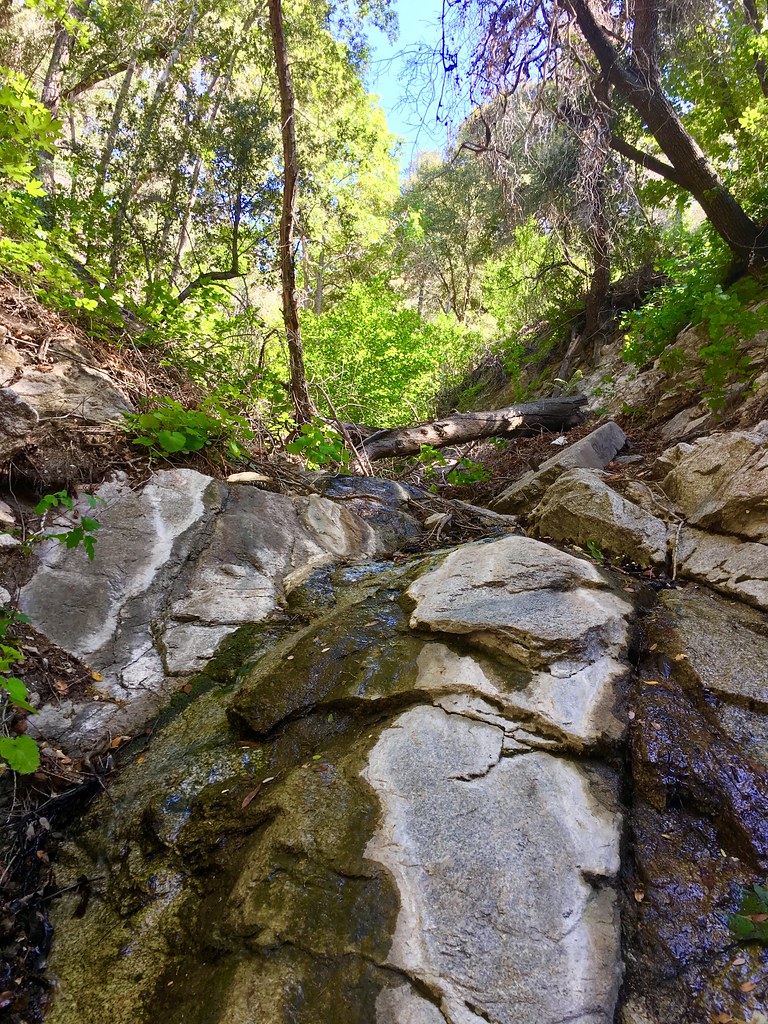 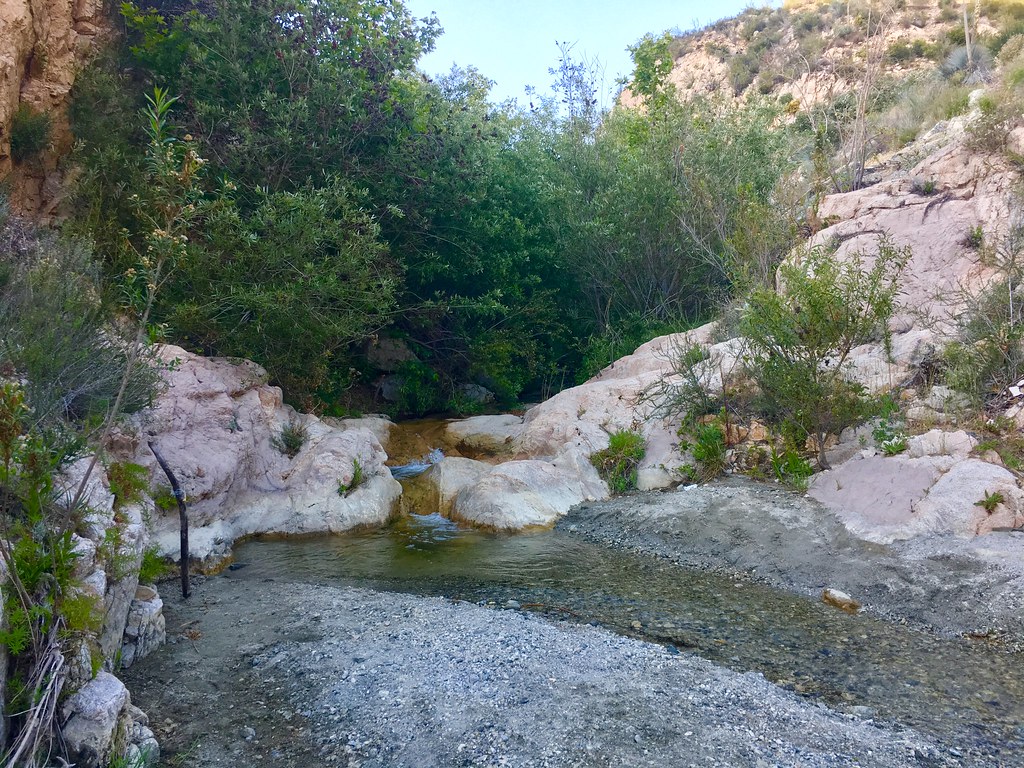 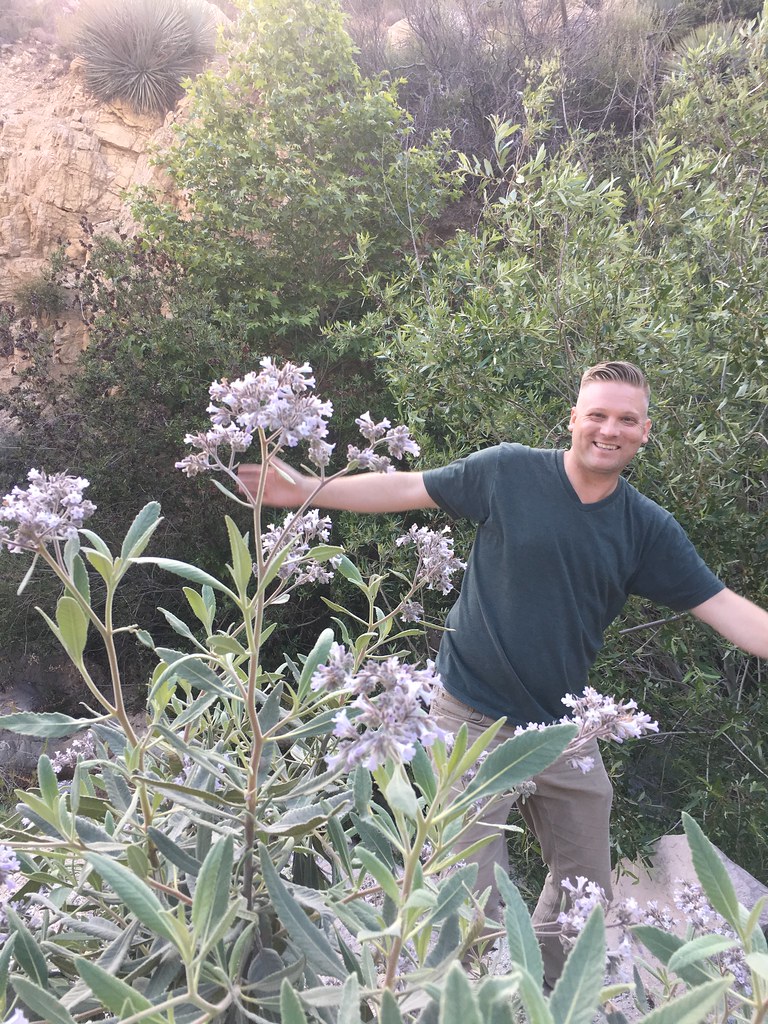 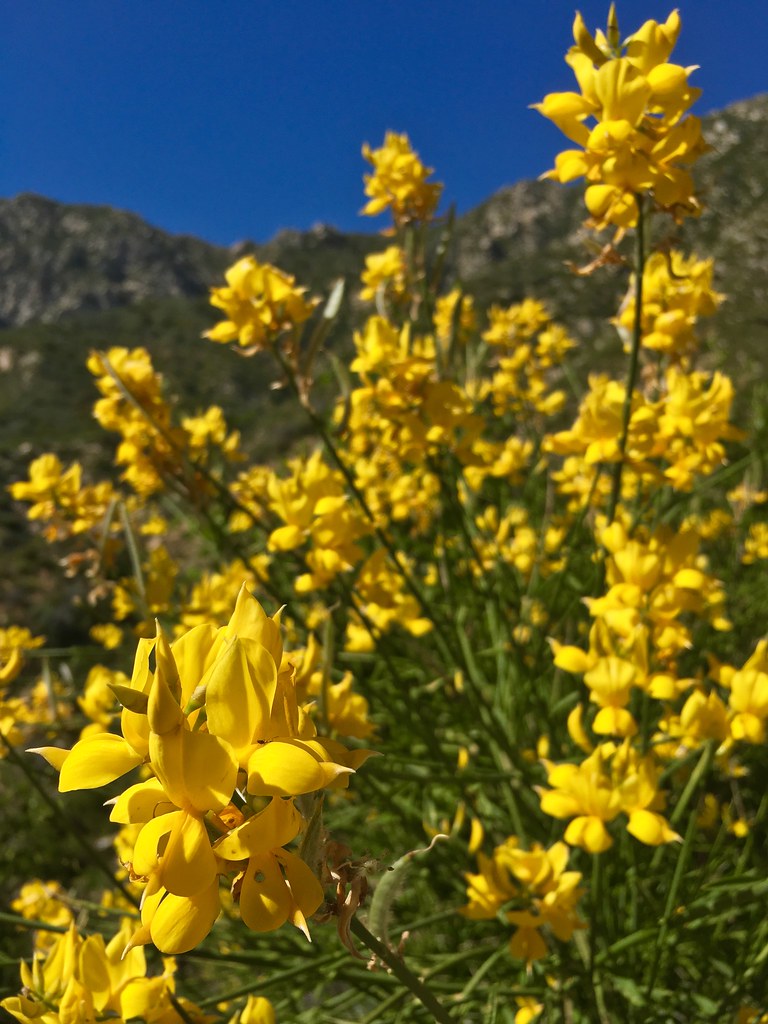