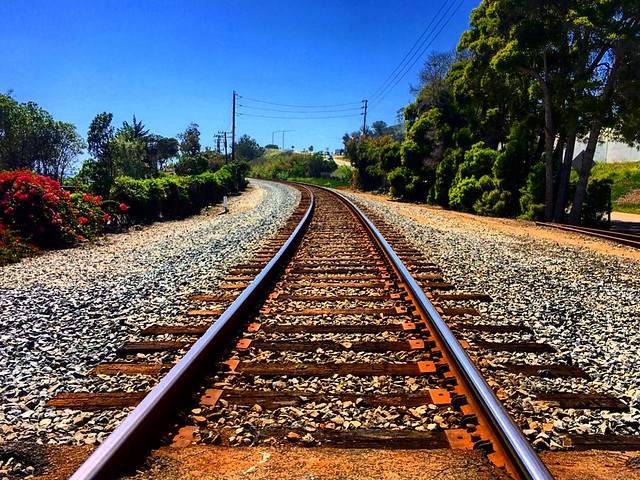 For as vast and varied as Los Angeles is with its multitude of museums, live music on damn near every corner and a menagerie of personalities, there are just some times that you need the elixir of another town, to be able to drink in the libations and life of a new location. Southern California, with its little bit of everything, is an adventurers wet dream with ample amounts of snow, surf and everything in between.  Travel a few hours south of Los Angeles, and you’ll end up in Mexico – go East and you can jaunt out to Joshua Tree or Palm Springs, West will take you to the Pacific Coast and adventure just a little up the 101 and you’ll hit one of my favorite places ever: Santa Barbara.  I should premise this by saying I’m incredibly biased, I spent five lovely years in Santa Barbara pursuing my college degree and each inch of that town is crawling in marvelous memories – but admittedly, it’s been far longer than that since I’ve been back. So, the other weekend when Danny was itching to get out of town, I knew exactly where we needed to go.  After booking a great hotel through CheapTickets at the last second Friday afternoon, on Saturday we were off, off and away on a whirlwind landmark and culinary tour of my old stomping grounds. 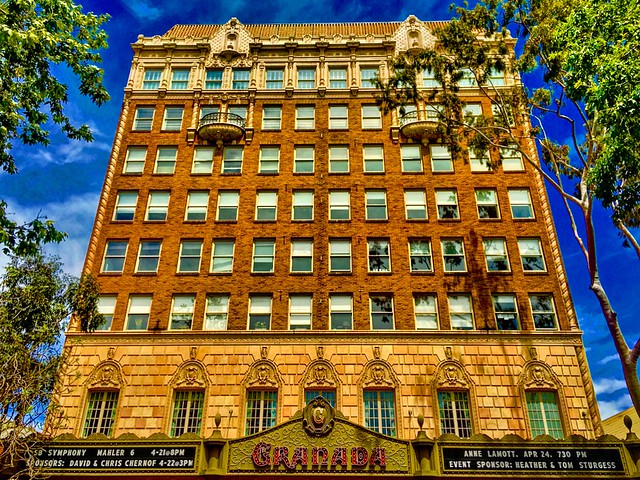 After a leisurely drive up the coast, our first stop on Saturday was the new(ish) Santa Barbara Public Market.  apparently it’s been around for a few years, but it’s definitely new to me since the last time I visited town! Originally, I had planned to stop by the Big Eye Raw Bar started by my college friends’ husband (ps. it looks delicious), but the tacos from Corazon Cocina looked so heavenly that it would have been a sin to pass them up. 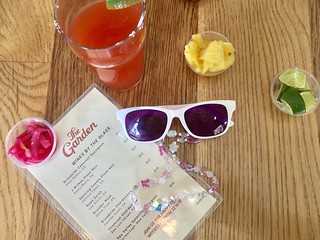 A few laughs and micheladas from The Garden later, and we were off, off and away to stroll State Street in search of The French Press. From what I’ve been told, its one of the best coffee shops in America – and damn, they were so right; I loved it a latte – pun very intended.   Taking the long way back to the car, we stumbled into the Karpeles Manuscript Museum, something I didn’t even know existed – let alone in Santa Barbara, but very worth getting sidetracked by.   Boasting a wide array of original documents and technological advancements, we took a serene stroll through eye opening artifacts and inventions before checking into our hotel, which truly felt like more of an oasis than I would have ever known from the photos. 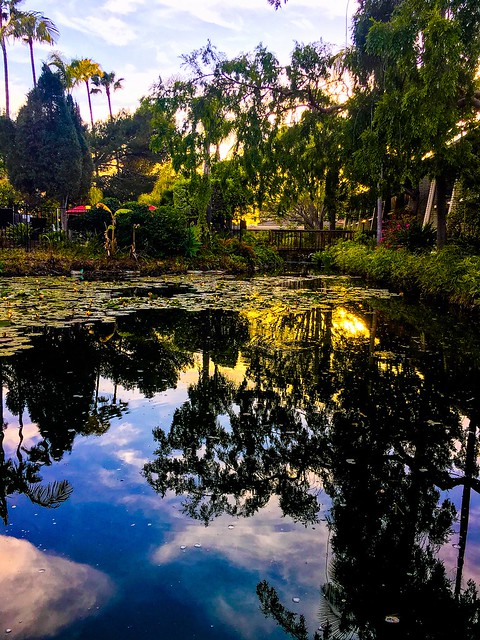 Walking in, we were met with an unexpected blend of blooming flowers, lush ponds, as coy fish, ducks and geese unfolded in front of us.  The scene only got better as the sunset began her magic.  Oh, and it wasn’t just ducks – there were ducklings hanging out on lillypads and it was literally the cutest thing I’ve ever seen.  I may or may not have spent half an hour chasing them around with crumbs to get the perfect photos, and of course make a few furry friends along the way. 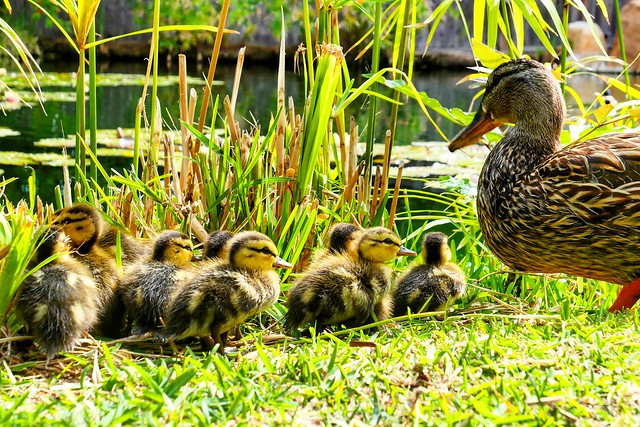 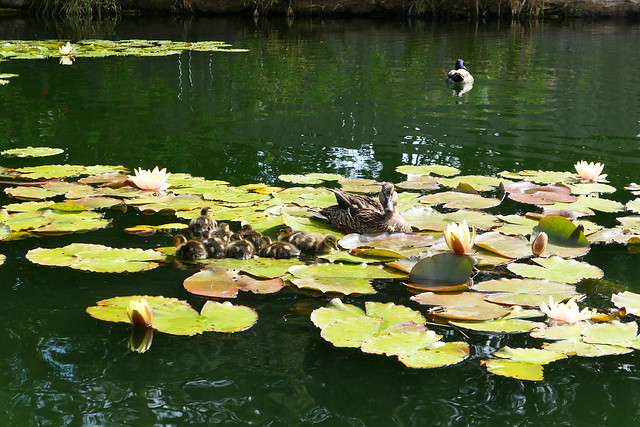 When dinnertime came about, we had only one decision to make: Mexican or Fish-centric.  Santa Barbara is exceptional when it comes to both, boasting some of the best authentic Mexican food at La Super Rica, a small hole in the wall family business that has the best meats, as well as the uni that’s imported the world over.   Stretching from Isla Vista into downtown, hitting the coastline, is Santa Barbara’s main squeeze: State Street.  The closer you get to the ocean, the more populated everything is – and rightfully so when you can take a romantic walk on the beach after a hearty meal and the further you get from the water, the less packed you’ll find your haunts.  Deciding to get fishy with it, we ventured over to Edomasa and chowed down on some exceptional late night sushi. 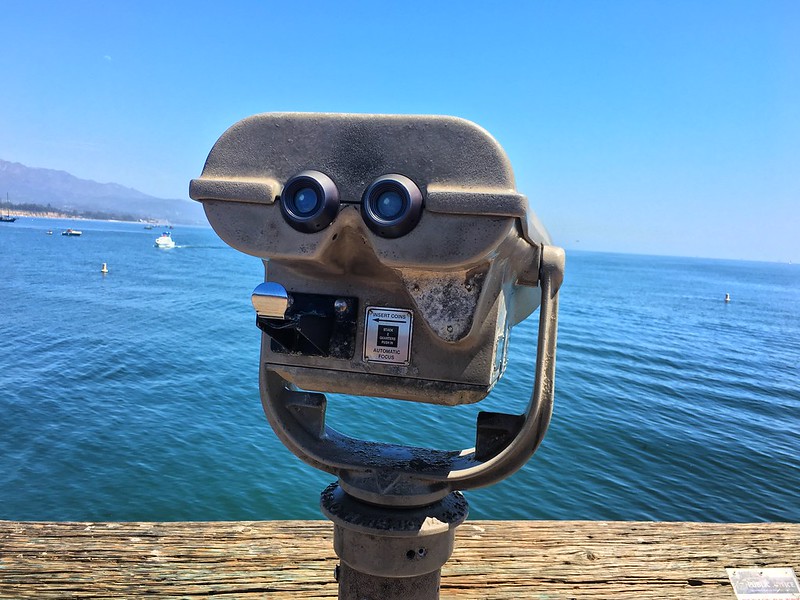 On Sunday afternoon, we gallivanted down the length of State Street and onto Sterns Wharf for some views and a kickass meal of the freshest of sea food before we hit the road back to Los Angeles. The oldest working pier in California, Sterns Wharf boasts plenty of shops and sightseeing right over the ocean; it’s magnificent.  Formerly a buying station for local fish in the 80s, the Santa Barbara Shellfish Corporation sits at the very end of the pier and has been cooking up a storm for the last two decades with literally the best seafood you could catch – and they do!  We chowed down on fresh oysters, dungeness crab cocktail, rock crab, uni shooters and this kitten had her first cioppino.  Full of crab legs, shrimp, scallops, clams, and mussels – it was a dish I wouldn’t have ordered for myself, and I’m so glad Danny insisted we try it – delicious!  I would have taken photos of the food, but I confess I was too busy eating it all. 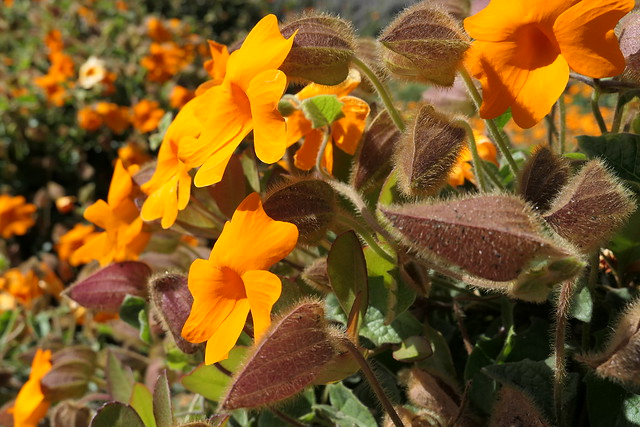 Coming back down the coast, we stopped in Summerland to take in the fresh sea air just one last time before heading back into Los Angeles and reflect on a weekend well spent.  If you ever have a weekend to spend in Santa Barbara, here’s some of my must visit places in no particular order: 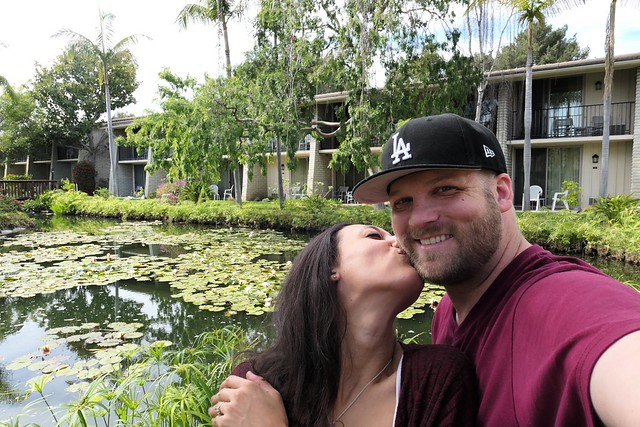 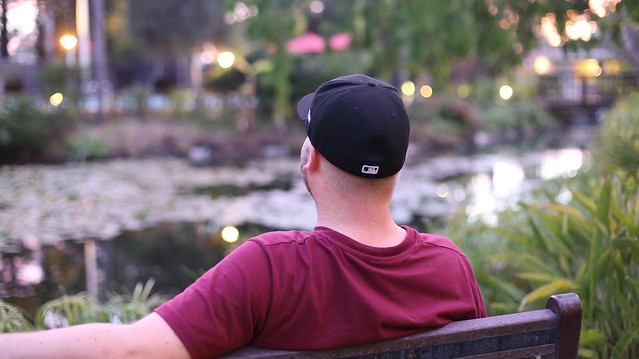 2 thoughts on “[Traveling Tales] A Weekend Jaunt to Santa Barbara”