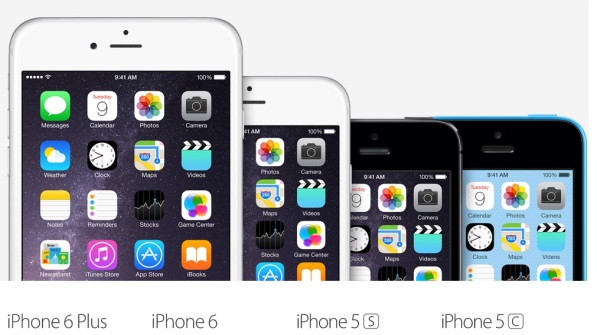 When I moved toLos Angeles in the Summer of 2008, I was diving headfirst into high fashion modeling with my handy, dandy HTC clutched close in my hands.  Back in the day, I really didn’t think twice about having an Apple Phone simply because I couldn’t get over the idea that it was just a glorified iPod that could make phone calls (fast forward 6 years, and one could still make a similar argument). I’d ebb and flow out of photo shoots and as my eyes devoured the clothing; and I’d sit there while wondering to myself – what the hell does ‘fashion season’ mean?  Do I really need to care…? And, when is my standard outfit of flip flops, cutoff shorts and a solid tank ever going to be “in”?  After grumbling through internal dialogues and flipping through alternative fashion magazines a la Nylon and websites like Nasty Gal, Urban OG and Tobi – I finally had my fashion epiphany: Nothing is in; personal style is King (or, Queen if you will). Fashion seasons, though seemingly novel and a great time to ooh and aah at fringe, frill and fine fabrics that you’ll probably never want to clean in a standard washing machine.  They’re great for inspiration – with bold color combinations, novel pairings, a passionate pattern affinity towards Paisley, or Plaid – but at the end of the day, what’s tried and true, and you, is the best fashion there is.

The worlds of High Fashion and High Tech don’t seem to have much in common.  Sure, you can sift though you can find their wares everywhere from glossy magazine pages and blogs to towering Billboards and Mall Stores.  You could still sit here and argue their inherent differences, but at the end of the day their products both possess certain elements of classic style – sleek, sexy, built to fit the human form.   And they the newest varieties both come with a conditional statement that newer is obviously better; what you have is old – outdated – passe – out of style.  But, is it, really?

Between social and digital media, as the American public we’re constantly and equally bombarded by the ‘Haves’ and ‘Have Nots’ of modern society.  Items that are supposedly ‘Newer’, ‘Better’, ‘Faster’ either because they don’t exist in grandiose quantity, or they simply can’t be afforded.  I had the luxury of helping a photographer during the LA Leg of the Mercedes-Benz Fashion Week back in 2008 and beyond my basic quandary  of who the hell any designer besides Christian Audigier was, I found the overall upscale fashion from the designers to be as far out of my taste as it was from my price range.  There were designers that were fun to ogle, but at the end of the weekend I wanted to get back to the basics of being me, and that doesn’t come with a hefty price tag.

For the past few years, Christmas has seemingly come early for loyal Apple enthusiasts.  They wind lines around corners for hours, anxiously waiting to get their paws all over the ‘next best thing.’  In this case, that’s the iPhone 6.  It’s now been a week since the phone has jumped off of shelves and into the pockets (…and assorted microwaves…) of loyal smart phone users around the country.  I didn’t make the leap to the iPhone until this past February, so being a new convert – this is Apple’s first iPhone announcement that I’ve really been invested in. And for the first time in a long time, there are almost as many physical changes as there are internal chances to the hardware, operating system and cameras.

One thing my parents always taught me was “if it ain’t broke, don’t fix it” and Tim Cook might’ve done good mind to that mantra.  Yes, the new iPhone 6 has a faster A8 processor than it’s iPhone predecessors (the 5s with the A7, 5c with an A6), but it’s a feature that will only matter if you’re a hardcore phone gamer (which seems slightly strange, but whatever) or you use your phone to track fitness.  Truth be told, the only truly outdated phone after this round of updates and upgrades is the iPhone 4S; you may as well just consider it an iPod at this point. The new 6 and 6+ might be thinner, but they’re also taller, wider and heavier; I like my phone as is – because it fits nicely in my pocket.  Unless the fashion industry bends as a novelty to the market to create wider pocketed jeans that the phone won’t slip out of – I don’t think the next model (when ever the hell it comes out) will be quite as grandiose.

As far as the Cellular and Wireless capabilities are concerned – each of these acts like a ‘phone’ identically.   As far as the iOS8 update – everyone can do it (Model 5) and up.  Also, HTC called, and they want their ergonomics back; I swear, Apple is starting to run more and more like the Android systems I left behind months ago.   The standout physical difference to me is the new Retina HD camera on the 6 and 6s – blogger Lisa Bettany took the difference one step further and took the same picture with each version of the iPhone; the results are stunning!

My bottom line – unless you’ve held this model and it truly excites you, I’d stick with what you have.  There’s nothing exceptionally fabulous about the new 6 and 6s that make me want to run to the store and purchase one right now, but I’m definitely still excited that I made the switch to Apple this year; I love the functionality of the phone and have been enjoying a bug-free upgrade (though, a few friends have been randomly seeing a Spotlight search when they clicked on an app.) Hardware wise, all the iPhones from the 5 on use lightning USB cables to charge, and unless you plan on talking with your best friend for literally hours – you don’t need the extra standby time. In case you’re still undecided, I’ve got the specs in some handy dandy spreadsheets – see how the phones stack up for yourself before making the upgrade.

Also, for the record:

Ps. These are jokes; but…you don’t have to tell your friends that 😉